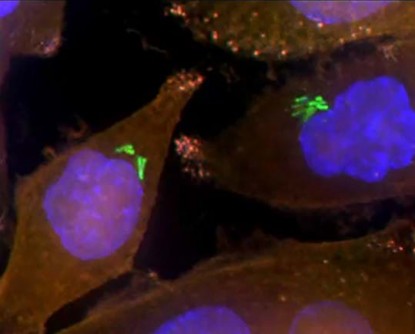 Newswise — To the list of reasons that chemotherapy sometimes does not work, we can now add one more: bacteria. In a study just published in Science, researchers describe their findings showing that certain bacteria can be found inside human pancreatic tumors. The findings further revealed that some of these bacteria contain an enzyme that inactivates a common drug used to treat various cancers, including pancreatic cancer. Working with mouse models of cancer, the scientists demonstrated how treatment with antibiotics on top of chemotherapy may be significantly superior to treatment with chemotherapy alone.

The research was conducted in the lab of Dr. Ravid Straussman of the Weizmann Institute of Science’s Department of Molecular Cell Biology, led by his graduate student Leore Geller and conducted in collaboration with Drs. Todd Golub and Michal Barzily-Rokini of the Broad Institute of the Massachusetts Institute of Technology. Many other collaborators supported different aspects of the study.

The bacteria the group found, explains Dr. Straussman, live within the tumors, and even within the tumor cells. “Because the topic is so new, we first used different methods to prove that there really were bacteria inside the tumors. Then we decided to look at the effect that these bacteria might have on chemotherapy.”

The researchers isolated bacteria from the tumors of pancreatic cancer patients, then tested how the bacteria affected the sensitivity of pancreatic cancer cells to the chemotherapy drug gemcitabine. Indeed, some of those bacteria kept the drug from working. Further investigation showed that these bacteria metabolize the drug, making it ineffective. The researchers were able to find the bacterial gene responsible for this, a gene called cytidine deaminase (CDD). They demonstrated that CDD comes in two forms – long and short. Only bacteria with the long form of the CDD gene could inactivate gemcitabine. The drug had no apparent effect on the bacteria.

Oddly enough, it was an earlier incidence of bacterial contamination that led Dr. Straussman and his team to this present study. He and his group had been looking for evidence that normal cells in the cancer’s environment contribute to chemotherapy resistance. While testing the effect of many normal, non-cancerous human cells on the sensitivity of cancer cells to chemotherapy, they found a specific sample of normal human skin cells that rendered pancreatic cancer cells resistant to gemcitabine. Tracking down the cause led the team to bacteria that had accidently contaminated these skin cells. “We nearly threw it away,” says Dr. Straussman, “but then we decided to follow it up, instead.”

After revealing how these bacteria degraded the drug, he began to wonder if other bacteria might have a similar mechanism for inactivating the drug, and whether such bacteria might be found inside human tumors.

In the present study, further experiments in mouse models of cancer were done with two groups of bacteria: those containing the long form of the CDD gene and those in which the gene had been knocked out. Only the group with the intact CDD gene exhibited resistance when the drug was given to the mice. After treatment with antibiotics, this group also responded to the chemotherapy drug.

Many questions remain, and Dr. Straussman and his group are now asking whether bacteria may be found in other types of cancer – and, if so, what effects they might have on the cancer and its sensitivity to other anti-cancer drugs, including a novel family of immune-mediated anti-cancer drugs.