Through a four-year, nearly $1.14 million National Science Foundation grant, assistant professor Nicholas Butzin in the South Dakota State University Department of Biology and Microbiology will lead a team of scientists examining the cellular circuits that regulate the process through which proteins are produced, degraded and modified. 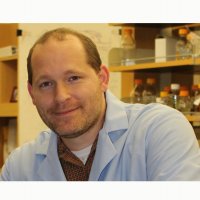 Newswise — Human cells break down excess or unusable proteins into amino acids they can use, but scientists do not understand the process.

“We know cells recycle proteins to conserve energy, but what, how and when that is happening is another story,” said Nicholas Butzin, an assistant professor of biology and microbiology in the South Dakota State University College of Natural Sciences.

Through a four-year, nearly $1.14 million National Science Foundation grant, Butzin will lead a team of scientists who will examine the cellular circuits that regulate the process through which proteins are produced, degraded and modified.

Cells have internal clocks, known as oscillation, through which genes regulate protein production based on biological processes that are vital to living organisms. The on/off switches are similar to those in an electrical circuit. The oscillation of this genetic circuitry plays an important role in human health.

“The proper functioning of the human body is based on things working together at the right time for the right period. Many cancers are caused by faulty oscillators in our own cells,” Butzin said, noting that cancer is uncontrolled cell growth.

“Neurons in our brains have little clocks going on and off—how we think is related to these oscillations,” he continued. Knowing more about this important cellular control mechanism may give scientists insights into neurodegenerative diseases, such as Parkinson’s and Alzheimer’s.

Understanding how this circuitry operates in a normal cell is complicated, so Butzin and his team create “synthetic circuits that are simpler and easier to understand, yet have the same functions as the natural system.”

To study protein processing, the researchers add DNA to E. coli cells. “It is called synthetic because E. coli does not naturally have this sequence of DNA. The cell then follows the instructions we encode into the DNA,” he explained. Using the E. coli cells, the biologists create synthetic genetic circuits in which each gene produces a protein tagged with a specific fluorescent color.

The oscillations within these circuits are similar to the lights on a Christmas tree. Only when the protein is degraded does the fluorescent light go off. “The degradation of proteins, the output of each gene, is essential to get the individual cells to synchronize and oscillate together,” Butzin said. Therein lies the challenge.

“There is so much we do not know about the degradation of proteins,” Butzin pointed out.

For instance, in the cells, helper proteins bring excess or unusable proteins to the proteases for processing. Each E. coli cell has 2 million proteins, yet only about 200 proteases.

“Very few proteases deal with massive amount of proteins to degrade, so they need to be very efficient,” Butzin said. “The cell could make more proteases, but it doesn’t. Our hypothesis is that the cell has a small number of proteases for good reason, one of which may be the ability to detect problems quickly.”

That leads to questions about when the proteases have an overload of proteins to be degraded. When this happens, proteins must wait in lines, known as queues. “This is a highly effective way to control processing,” Butzin said.

As in a computer, the processing unit slows but does not crash. However, he noted, “how long that protein sticks around is important—too much protein makes an organism less fit.”

Through this project, the researchers want to improve and make new oscillating systems that mimic organisms’ internal clocks to learn more about how cells recycle proteins.