How Copying Is Done Should Matter in Copyright Infringement Complaints 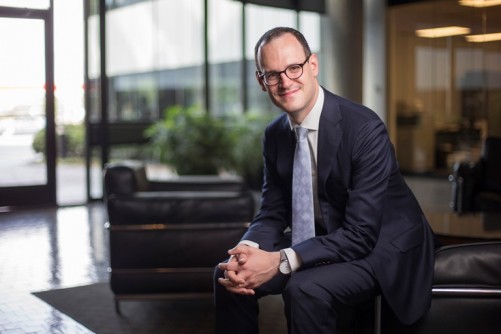 Newswise — An artist painstakingly recreates the “Mona Lisa” using the same variety of paints, brushes and canvas as did Michelangelo. Across town, a factory stamps out hundreds of replicas of the iconic painting each day, using state-of-the-art printing.

In a copyright infringement case, is there any legal difference between the lovingly recreated painting and one of the mass-produced prints made by the factory?

There should be, says Joseph Fishman, a copyright law expert and assistant professor of law at Vanderbilt Law School.

Use of existing (and copyrighted) content in new contexts happens every day in music, art and videos. The law decides what’s allowed and what’s not, and whether the original artist deserves payment for the use of their work.

“Copyright doctrine ought to factor in the defendant’s process into the infringement analysis,” Fishman says.

When the act of copying approaches the same level of difficulty and expense as the act of original creation, an overzealous interpretation of copyright law “will unnecessarily sweep in copying that threatens no market harm to the owner,” Fishman says. “On top of that, the copyist often learns valuable skills by retracing their predecessors’ steps, and consumers often value copies differently if they know they were handmade with difficulty.

“Audiences celebrate the act of replication from professional appropriation art to amateur videos on YouTube,” he says.

The current Copyright Act already gives courts a tool to differentiate between different methods of copying, he says.

“The fair use provision of the Copyright Act tells courts to consider “’the nature of the (defendant’s) use,’ which is open-ended,” Fishman says. “Courts have done different things with that provision over time, but they haven’t focused on how the copying is accomplished. But they should.”

Today, anyone with a computer or 3-D printer can duplicate copyrighted photographs, artwork, films, sculptures or book illustrations, Fishman says. But the discussion needs to expand beyond concerns about the easiest copying methods and consider people who opt to “do it the hard way,” he says.

The manner of copying changes the equation for three different constituencies.

“We care about the owners, because we’re trying to Incentivize them to create art in the first place,” he says. “We care about those downstream working with these materials, because all this creativity is cumulative, and we don’t want to tilt the balance too far in favor of existing owners today, so that we’re not going to get any good stuff tomorrow.

“And we care about the viewers and the readers because we don’t want to have everybody create a lot of great art and then put it in a warehouse somewhere,” Fishman says. “We want material to be disseminated for the benefit of everybody.

“So I think that all these constituencies are better off if we treat laborious copying differently than we treat quick-and-easy copying,” he says.

Fishman earned his law degree from Harvard Law School. He practiced as an associate at Jenner & Block in the firm’s content, media and entertainment group, where he specialized in litigation involving the music industry, before entering the legal academy.

Vanderbilt has a 24/7 HD TV and radio studio. Use of the studio with Vanderbilt experts is free, other than reserving fiber time.