How Do Polar Bears Respond to Climate Change, Subsistence Hunting? 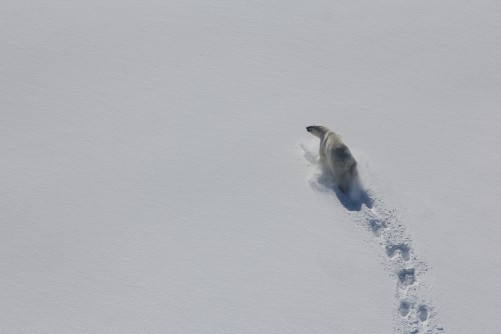 A polar bear in Southeast Greenland. 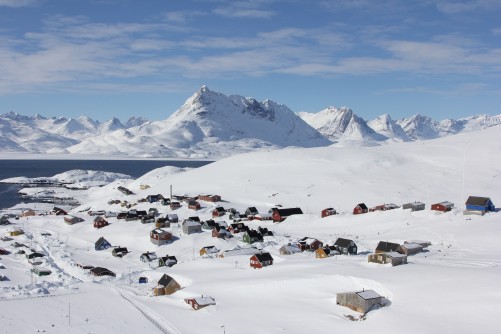 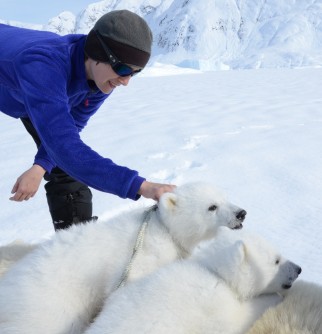 Polar bears depend on sea ice for essential tasks like hunting and breeding. As Arctic sea ice disappears due to climate change, bears across the species' 19 subpopulations are feeling the strain.

But even as scientists try to quantify just how much melting sea ice is affecting polar bears, another group that depends on the iconic mammal for subsistence also is at risk of losing an important nutritional and economic resource. Indigenous people throughout the Arctic harvest polar bears each year. How that activity ― combined with climate change over the long term ― will impact bear populations in the future requires more science and monitoring. A new, two-part University of Washington project aims to explore the interacting effects of climate change and subsistence hunting on polar bears, while also illuminating the cultural value of the species to indigenous peoples and the role they play in conservation. Led by Kristin Laidre, a marine biologist at the UW's Polar Science Center and the School of Aquatic and Fishery Sciences, the three-year project will include a public art-science exhibition that combines photography, storytelling and science focused on polar bears, climate change and local Inuit communities in Greenland.

"Broadly, people know polar bears are negatively affected by loss of sea ice, so they are understandably upset to hear polar bears are also being hunted," Laidre said. "The reality is, the reason for the projected decline of polar bears is a much bigger, global problem related to human-caused climate change and is largely unrelated to harvest. Managing and conserving polar bears in a changing climate has to include working closely with local Arctic communities and respecting subsistence needs." Laidre's project is funded by The Pew Charitable Trusts, which today awarded her and 10 other international researchers prestigious fellowships for marine conservation. Pew chooses fellows based on their past contributions to marine science and their projects' potential to protect ocean environments. In the first half of the project, Laidre will work with researchers and agencies in four Arctic nations to compare data across all studied polar bear subpopulations and compile the most comprehensive assessment to date of population status. Specifically, she will look at generation length ― or the average age of females with new cubs ― as a metric for monitoring how each population is faring under climate change and subsistence hunting. Laidre will also examine for the first time the potential this metric has for assessing population status. Good data exist for bears in about half of the 19 subpopulations, but this information is rarely shared among agencies to broadly forecast changes for the entire species. Laidre's analysis will combine these data for the first time, and resulting models will help inform researchers on the status of less-studied subpopulations. For the project's artistic component, Laidre will partner with Finnish photographer Tiina Itkonen and Seattle-based writer Susan McGrath to document in photos and stories the lives of indigenous people in Greenland who rely on subsistence hunting of polar bears. Laidre will conduct a series of interviews in remote subsistence communities to gather perspectives on the importance of polar bears harvests, observed changes in the bear population and climate and reflections on their lives as hunters, considering the large changes occurring in the Arctic.

The exhibition, paired with Itkonen's intimate portraits of polar bear hunters, will be on display in Seattle, then travel to Finland and Greenland. "Part of the goal of this project is setting polar bears in the context of not just being calendar icons, but also resources for others," Laidre said. "We are trying to clarify misinformation about polar bear hunting by capturing sensitive images and stories largely focused on the polar bear hunters themselves."

Each Pew fellow receives $150,000 for a three-year project designed to address ocean conservation issues. Other projects in 2017 include collecting information on African manatees, and investigating mass bleaching and mortality of corals due to warmer ocean temperatures.Since 1996, the Pew Marine Fellows Program has recognized 156 marine experts in 37 countries.

Contact Elizabeth Striano at Pew for information about the fellowship: [email protected] or 202-540-6837.