Eye position has a modest but measurable impact on speech intelligibility within a cocktail party setting. 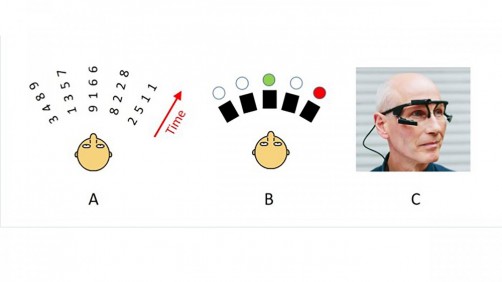 MELVILLE, N.Y., December 9, 2020 -- Several acoustic studies have shown that the position of your eyes determines where your visual spatial attention is directed, which automatically influences your auditory spatial attention. Researchers are currently exploring its impact on speech intelligibility.

During the 179th Meeting of the Acoustical Society of America, which will be held virtually Dec. 7-10, Virginia Best, of Boston University, will describe her work to determine whether there is a measurable effect of eye position within cocktail party listening situations. Her poster session, “An effect of eye position in cocktail party listening,” will start at 9:30 a.m. on Wednesday, Dec. 9.

A “cocktail party” in their work refers to four competing talkers in addition to the talker for whom you are trying to pay attention.

“Our primary motivation was an intuition that eye position may be especially critical within these situations, where there is substantial energetic and informational masking,” said Best. “A secondary motivation was our interest in visually guided beamforming, where the eyes are used to steer a highly directional hearing aid.”

Best and colleagues presented participants with sequences of digits from five loudspeakers positioned in front of the listener with a spacing of 15 degrees and asked them to repeat back the digits presented from one target loudspeaker.

This shows an influence of eye position within multi-talker situations, even without visual information such as lip reading, according to Best. It suggests optimal performance depends on the spatial alignment of auditory and visual attention.

“Our task is theoretically applicable to any situation in which there are competing voices, including parties, restaurants, and meeting rooms,” Best said. “The reason we spend a lot of time studying these situations is because they are extremely difficult for people with hearing impairment and hearing aids.”