How Dogs Became Our Friends 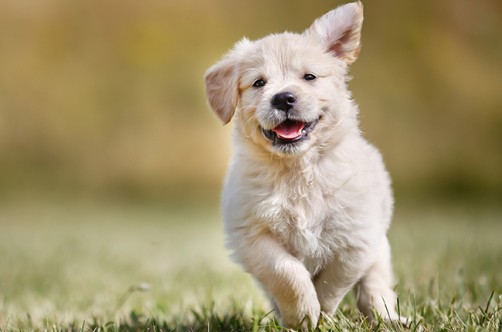 Newswise — It may never be known if cavemen called their canine companions Fido, but new findings show that dogs became man’s best friend earlier than believed and have been domesticated at least twice in different locations, according to a study from an international team that includes a Texas A&M University researcher.

Anna Linderholm, assistant professor of anthropology who also directs the BIG laboratory (bioarchaeology and genomics) at Texas A&M, and colleagues from universities throughout the world have had their work published in the latest issue of Science magazine.

The study shows that early man and dogs were best buddies as early as 15,000 years ago, and dogs were domesticated at least twice in different locations – in Asia and Europe.

The team examined DNA from an inner ear bone from a dog that is believed to have died about 4,800 years ago in Ireland plus another 59 bones from dogs that lived between 3,000 and 14,000 years ago across Europe, these were then compared to modern dogs.

They found a “genetic split” between two distinct dog populations from eastern Asia and Europe, meaning the dogs were domesticated at different times in the two continents.

At some point, the team concludes, dogs were first domesticated from different wolf populations, and after their domestication, the Eastern dogs associated with migrating humans into Europe where they mixed with dogs of that region.

“Most dogs today look like Eastern dogs, this has led to a misconception that the dogs were all domesticated in the East,” Linderholm explains.

“With this new study, we can start to argue that it happened more than once, and that the Western dogs have at some point been replaced by Eastern ones. We need much more data from historic times to fully understand how this happened,” explains Linderholm, who is currently examining more than 1,000 dog DNA samples to add to the understanding of this complex process.

“Most of my work was getting the ancient DNA extracted and analyzed. This study answers a lot of questions regarding how dogs were domesticated, and also how many times this occurred.

“We still have some questions we need answered, so this work is not finished,” she adds. “We need more data on what actually happened.”

During the domestication process, over many centuries it eventually led to different breeding procedures, producing everything from poodles to Great Danes that exist today.

“We tried to determine the timing and location of the origins of our oldest pet,” the team said in a statement.

“Our DNA evidence suggests that we need to reconsider how many times dogs have been domesticated independently. Maybe the reason there hasn’t been consensus before about where dogs were domesticated is because everyone has been a little bit right.”