How drones can help farmers 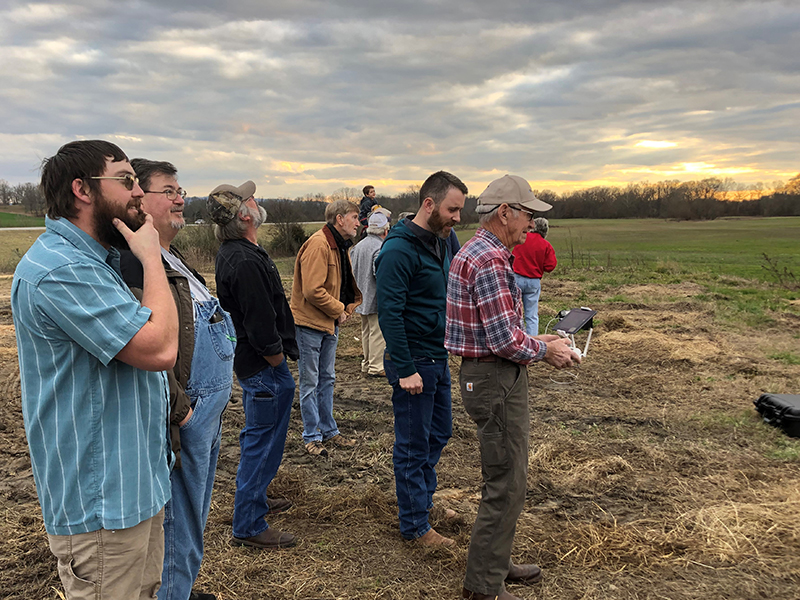 Farmers of all ages in Jasper, TN learn how to fly a drone during a recent producer workshop. 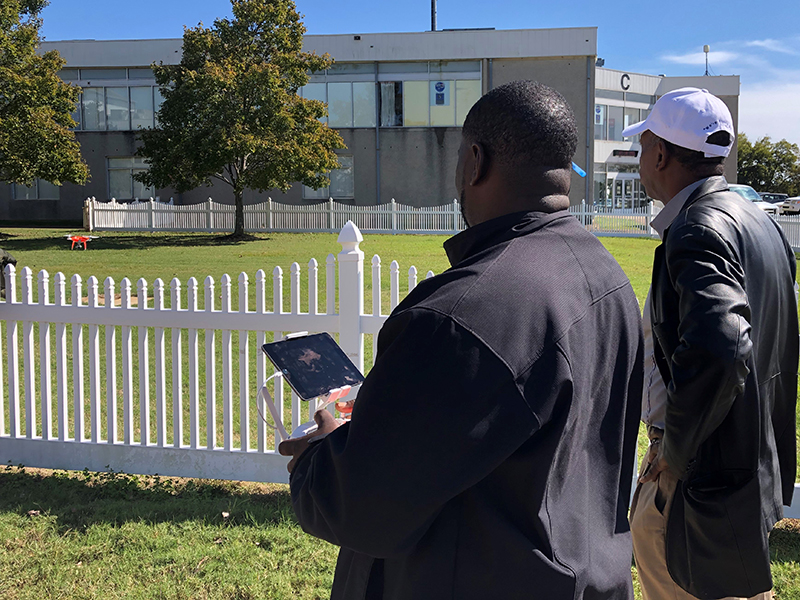 Jard Tinnon and Cedric Divine practice with a Phantom 4 PRO drone in Memphis, TN during a course for farmers to try out drones and see if they’re useful for their operations. 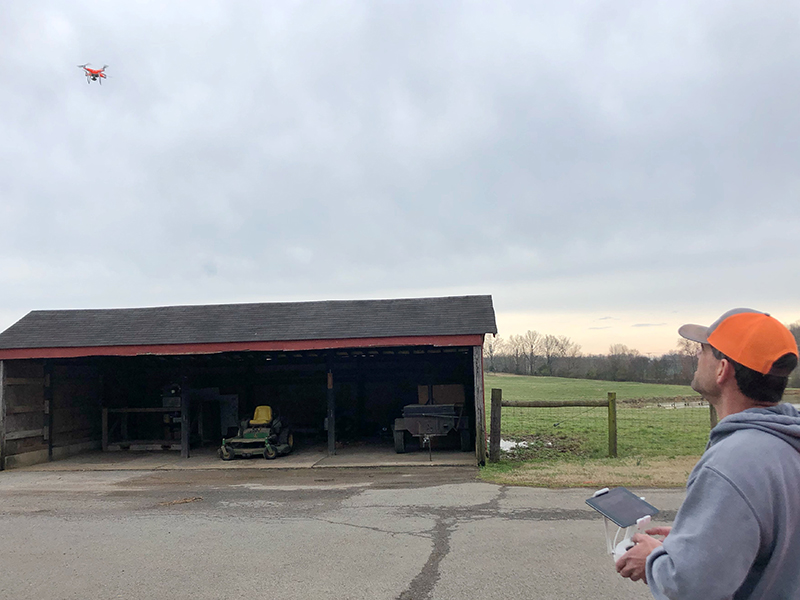 Farmer Corey Blick tries out a drone on a pasture system in Springfield, TN.

Newswise — March 25, 2020 - Have you seen a drone buzzing by in a park and wondered what all the fuss is about? These flying vehicles may seem like just an upgrade to the remote-controlled helicopters of yesteryear. But drones are receiving a lot of attention for good reasons.

Drones can help people, including farmers and scientists, look at and analyze pretty much anything. When it comes to farm fields, they can help track flooding, hail damage, or even plant health — fast.

“The easiest advantage of drones is that they can be a huge time saver,” says Jason de Koff, an extension professor at Tennessee State University. “Rather than going out and scouting fields on foot or by truck, they can scout them with a drone in a lot less time and pinpoint specific areas that they might want to visit for closer inspection.”

But drones aren’t a toy, and they take training to use safely. In fact, the Federal Aviation Administration (FAA) requires drone pilots get certified to use drones legally. That’s why de Koff offers a webinar series through the American Society of Agronomy so farmers and researchers can learn about drones.

Those FAA requirements are all about safety. Drones can only fly during daylight, to make sure they’re visible. And pilots must be able to see their drones at all times. Drones are also limited to flying under 400 feet to prevent them from colliding with airplanes. And drones can’t be flown near people who aren’t part of a flight. So, if someone buzzes their drone too close to you, they’re breaking the rules.

Getting a remote pilot license takes more than just knowing what not to do. Weather is a big factor. If it’s raining or snowing, flying is impossible. But a professional drone can handle windy conditions. Plus, de Koff teaches how to read airport charts. These maps give drone pilots the info they need to stay away from passenger planes.

In his course, de Koff covers these rules to prepare would-be drone pilots to take the FAA test. He also discusses the confusing world of commercial drones. More drones are becoming available all the time, which makes it hard to know which one to buy and how much to spend.

“A good drone can cost around $1,200 to $1,800,” says de Koff. The toys that cost just a couple hundred dollars aren’t very useful to pros. “Purchasing a used or refurbished drone or an older model can help reduce the initial cost but still provide a lot of the same features.”

There’s only so much you can learn about drones online. That’s why de Koff also takes drones around Tennessee so farmers can try them out firsthand.

“Farmers get the chance to fly a drone,” says de Koff. “And then I talk about different uses in agriculture, drone regulations and then different types of drones and options as well as cost.”

So, it takes a lot of work — and a good amount of money — just to start flying. But it can pay off for farmers and ranchers, and the scientists who want to help them. Ranchers can keep close eyes on their herds using drones to keep animals safe. Or drones can help farmers spot diseases on their crops. That knowledge could help farmers spray pesticide only at the time and place it’s needed.

Plus, farms are bigger than they used to be. So, it can be hard for a farmer to see all their land. Farmers can use drones to keep up with their operations.

But maybe the most exciting possibility is the chance to study how plants grow. Special cameras attached to drones can acquire a lot of information from a picture of fields. “Software is available that can take images captured by the drone and measure things like plant health, plant populations, plant cover,” says de Koff.

That wealth of information can help scientists help farmers. Researchers could use that special software to tell when drought is starting to slow plant growth. Then water could be used where it’s needed most. Or software could automatically track how many weeds are in a field. Eventually, phone apps might be available that analyze drone images and give farmers the information they need to keep their farms running smoothly.

So, with a little know-how — and the right license — farmers can turn to drones to grow food more efficiently. That’s better for their business, for consumers, and for the environment. Knowing how useful they are, you’ll never look at a drone the same way again.

Caption: Farmers of all ages in Jasper, TN learn how to fly a drone during a recent producer workshop.

Caption: Jard Tinnon and Cedric Divine practice with a Phantom 4 PRO drone in Memphis, TN during a course for farmers to try out drones and see if they’re useful for their operations.

Caption: Farmer Corey Blick tries out a drone on a pasture system in Springfield, TN.