How Hooded Seals Are Transferring Contaminants to Their Pups 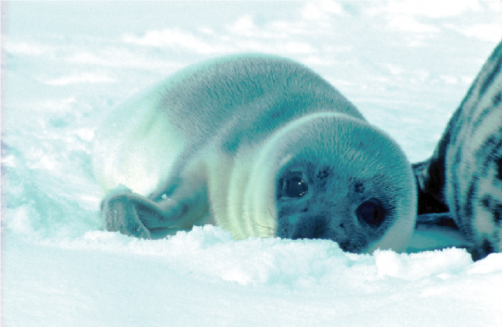 Newswise — PENSACOLA, Fla. – Environmental contaminants such as perfluoroalkyl substances (PFASs) can be transferred from mother to offspring through the placenta and mother’s milk, exposing the young mammal before and after birth. PFASs are a family of human-made chemicals, which have been used in a number of consumer products such as textiles, carpets, paper plates and food packaging because they repel grease, water and stains and are heat resistant. Since it was discovered that they pose a risk to wildlife and human health, some PFASs have been phased out of use, but they have not been universally banned. The Environmental Toxicology and Chemistry article, “Maternal Transfer of Perfluoroalkyl Substances in Hooded Seals” reports on the samples collected from lactating hooded seal mothers and their pups in West Ice, just east of Greenland.

Hooded seals are particularly vulnerable to PFASs exposure as marine predators – the concentration of persistent contaminants increases with each level on the food web. They were also particularly suited for this study because they only nurse for 3-4 days, and their pup does not feed on anything other than milk during this time. Additionally, hooded seal milk is extremely energy rich, with 60-70% lipids, and PFASs are amphiphilic, which means they tend to bind to proteins and lipids.

PFASs were found in both the plasma and milk of all tested seal mothers and pups. While the concentrations were within the range of levels analyzed in other seal species, and lower than toxicity thresholds for rodents, the developmental effects are still not fully understood in wildlife. Developmental effects of PFASs are associated with reduced birth weight, and the hooded seal is dependent on an intense weight gain for the 3-4 days of nursing in order to survive a long fasting period that follows. This, coupled with the fact that young mammals are more susceptible to toxic effects than adults, could prove detrimental to this species.