How Marine Snow Cools the Planet

And how ocean acidification could reverse that effect 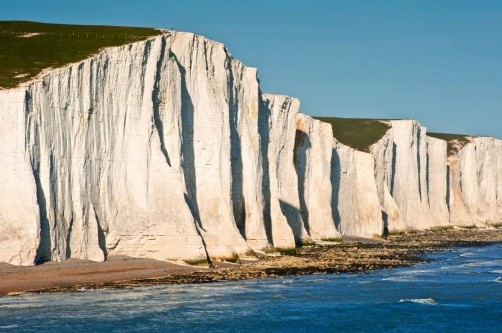 White cliffs are, in part, the result of millions of years of ‘marine snow’ accumulation, forming carbon sinks. 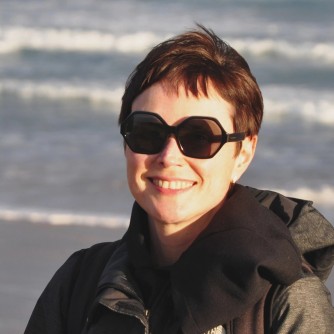 This is lead author Dr Andriana Dutkiewicz from the School of Geosciences, University of Sydney. 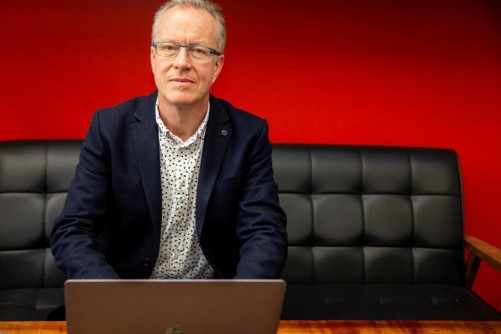 This is professor Dietmar Muller from the School of Geosciences, University of Sydney.

Newswise — University of Sydney scientists have modelled how carbonate accumulation from 'marine snow' in oceans has absorbed carbon dioxide over millennia and been a key driver in keeping the planet cool for millions of years.

The study, published in Geology, also helps our understanding of the ocean's future capacity to store carbon dioxide, which is vital given warming-ocean acidity has increased 30 percent since 1800.

"Marine snow is the falling debris of dead organisms in the ocean, such as plankton and algae," said the study's lead author, Dr Adriana Dutkiewicz.

"The deep ocean floor is covered with the remains of these tiny sea creatures. They produce more than 25 percent of the oxygen we breathe and form the Earth's largest carbon sink. When organic particles fall from the surface ocean to the seafloor, a small but significant proportion of atmospheric carbon is stored away."

When compacted over millions of years, these marine snow deposits become carbonate structures, such as the White Cliffs of Dover and similar structures along England's south coast. These chalk cliffs and their related structures under the ocean act as millennia-old carbon capture devices.

"Deep-sea carbonates represent a huge volume, so even small changes in the sequestration of carbonate carbon into this enormous sink are quite important for understanding net changes in atmospheric carbon dioxide and climate," Dr Dutkiewicz said.

While carbonates forming in shallow waters decreased, the rise in deeper deposits was far greater, creating a net increase in the total volume of carbonate sediments in the oceans in the past 80 million years.

The study used data from drilled core samples from the past 50 years to develop a dynamic model describing the formation of carbonate deposits back 120 million years to the Cretaceous period.

Marine snow forms a blanket on the seafloor up to many hundreds of metres thick. Understanding what it is composed of, what drives its composition and how it has changed through time is important. If the supply of marine snow increases, then more carbon is stored, reducing the atmosphere's CO2 content.

To understand how much carbon has been stored over time in sedimentary carbonates in the ocean basins, Dr Dutkiewicz and her colleagues from the EarthByte group in the School of Geosciences, University of Sydney, developed a computer model of carbonate accumulation in deep-sea sediments spanning the past 120 million years. The researchers used the model to look at the impact of carbonate accumulation on global climate through time.

The researchers believe that the growth of a significant carbon sink over millions of years may be responsible for the removal of carbon dioxide from the atmosphere that led to global cooling 50 million years ago, triggering the transition from a hothouse to an icehouse climate around 35 million years ago.

"We need to understand better how the ocean's capacity to store CO2 will be affected by future warming," said EarthByte team leader Professor Dietmar Muller. "Ocean acidity has increased by 30 percent since 1800, reducing the capacity of the ocean to store away carbon."

Dr Dutkiewicz urged funding agencies and the scientific community to devote more resources to synthesising the incredible amount of data collected over 50 years of ocean drilling expeditions at a total cost of about $US200 million.

"This enormous ocean drilling investment and data set should be used much more extensively for understanding Earth's deep carbon cycle," she said. "Once you have coherent databases, a wide array of questions could be addressed."

Download a video explainer of the research at this link.

Watch and embed a short video of global carbonate formation over 120 million years at this link.

Download photos of Dr Adriana Dutkiewicz and Professor Dietmar Muller at this link.