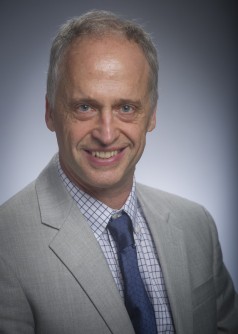 Newswise — BIRMINGHAM, Ala. – The bacteria that cause the devastating disease tuberculosis have the ability to escape destruction and grow after they are engulfed by lung macrophages, the immune cells that are supposed to destroy pathogens. Now researchers at the University of Alabama at Birmingham have described key biochemical steps between the bacteria Mycobacterium tuberculosis and the macrophage responsible for that ability.

This knowledge, Michael Niederweis, Ph.D., and colleagues say, reveals patient-targeted strategies to treat tuberculosis, which kills 1.4 million people and infects another 10 million each year. Niederweis is a professor of microbiology at UAB, and the study appears in the journal Cell Reports.

Three years ago, the Niederweis group described the first toxin ever found in M. tuberculosis despite 132 years of study. This contrasted with nearly all other pathogenic bacteria, whose toxins contribute to illness or death.

They named the toxin tuberculosis necrotizing toxin, or TNT, and showed that TNT is the founding member of a novel class of previously unrecognized toxins present in more than 600 bacterial and fungal species. These include Yersinia pestis, the bacteria that caused the Black Death bubonic plague in Medieval Europe.

The present study shows how TNT helps win the battle between M. tuberculosis and the human immune system to control the fate of infected macrophages — a critical fight that determines the outcome of the infection.

Macrophages have genes for a canonical pathway to programed necrosis, known as necroptosis, that can be activated by the immune system. The Niederweis group found that depletion of NAD+ by TNT hydrolysis activated two key mediators of that pathway, RIPK3 and MLKL, while bypassing two upstream components of the pathway. At the same time, the powerhouses of the cell called mitochondria became depolarized, and synthesis of ATP, the molecule that provides most of the chemical energy for cells, was impaired.

Surprisingly, when the researchers depleted NAD+ levels in uninfected macrophages by inhibiting an enzyme in the NAD+ salvage pathway, necrosis through the RIPK3 and MLKL pathway was also activated. This showed that NAD+ depletion alone, even when TNT and M. tuberculosis were not present, was sufficient to induce necroptosis.

These could include use of FDA-approved drugs that decrease necroptosis, NAD+ replenishment for patients or use of reagents that promote mitochondrial function, all in combination with antibacterial drugs that are used to treat tuberculosis. These patient-targeted strategies could also apply to other bacterial and fungal pathogens that deplete NAD+.

“Perhaps even more importantly,” Niederweis said, “the role of RIPK3 as a cellular energy sensor may play a role in other diseases in which NAD+ deficiency is a common pathological factor, such as Type 2 diabetes and a variety of neurological and heart diseases.”

Co-authors with Niederweis, Pajuelo, Gonzalez-Juarbe and Orihuela on the study, “NAD+ depletion triggers macrophage necroptosis, a cell death pathway exploited by Mycobacterium tuberculosis,” are Uday Tak and Jim Sun, UAB Department of Microbiology. Sun is now at the University of Ottawa, Canada.