How Neurons Use Crowdsourcing to Make Decisions 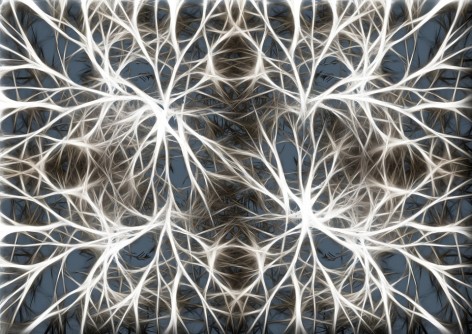 Newswise — How do we make decisions? Or rather, how do our neurons make decisions for us? Do individual neurons have a strong say or is the voice in the neural collective?

One way to think about this question is to ask how many of my neurons you would have to observe to read my mind. If you can predict I am about to say the word "grandma" by watching one of my neurons then we could say our decisions can be attributed to single, perhaps "very vocal," neurons. In neuroscience such neurons are called "grandmother" neurons after it was proposed in the 1960's that there may be single neurons that uniquely respond to complex and important percepts like a grandmother's face.

On the other hand, if you can only read my mind by polling many of my neurons then it would appear the decision a collective one, distributed across hundreds, thousands, or even millions of neurons. A big debate in neuroscience is whether single-neuron encoding or distributed encoding is most relevant for understanding how the brain functions.

In fact, both may be right.  In research published today in Frontiers in Neuroscience, Bryan Daniels, Jessica Flack, and David Krakauer of the Santa Fe Institute's collective computation group (C4) tackle this problem using data recorded from the neurons of a macaque monkey tasked by the experimenter with making a simple decision.

In an area of the brain involved in the decision-making process, Daniels and colleagues find that as the monkey initially processes the data, polling many neurons is required to get a good prediction of the monkey's decision. Then, as the time for committing to a decision approaches, this pattern shifts. The neurons start to agree and eventually each one on its own is maximally predictive. Hence at first the "neural voice" is heterogeneous and collective, but as the neurons get close to the decision point, the "neural voice" becomes homogenous and, in a sense, individualistic, as any neuron on its own is sufficient to read the monkey's mind.

Daniels says a possible explanation for this odd behavior is that the system has two tasks to solve. It must gather good information from noisy data and it must use this information to produce a coherent decision. To find regularities in the input it polls many individual neurons, as the crowd's answer is more reliable than any single neuron's when the data are noisy.  But, as Krakauer says, ultimately a decision has to be made. The neurons agree on an answer by sharing their information to come to a consensus.

This explanation echoes results in other collective systems, from animal societies to systems studied in statistical physics. Flack says this commonality suggests a general principle of collective computation: It has two phases — an information accumulation phase that uses crowdsourcing to collect reliable information and a consensus phase that allows the system to act.