How Parents Cause Children’s Friendships to End 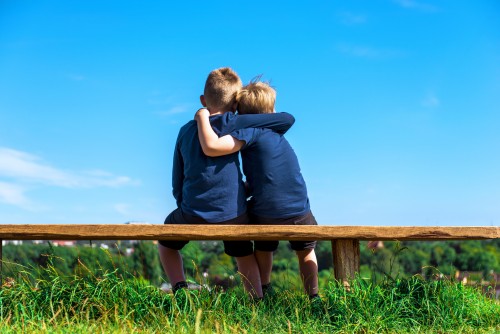 This study is the first to include both parent characteristics and peer social status in the same model to identify the unique contributions of parents to child friendship stability.

Newswise — Making a friend is hard work. Keeping one is even harder, especially for young children.

A novel study published in the Journal of Family Psychology sheds light on why childhood friendships fall apart and is the first to demonstrate that parents are an important source of these breakups.

Looking at data from 1,523 children (766 boys) from grades one to six, researchers from Florida Atlantic University and the University of Jyvaskyla in Finland conducted a survival analysis to identify the characteristics of parents that predict the stability of their children’s friendships. The researchers examined mother and father reports of their own depressive symptoms and parenting styles and used these reports to predict the occurrence and timing of the dissolution of best friendships from the beginning to the end of elementary school (grades one to six).

The researchers assessed three commonly recognized parenting styles: behavioral control such as curfews and monitoring; psychological control such as shaming and guilt; and warmth and affection. They also assessed parental depression to disentangle the unique contributions of parenting styles from parent mental health difficulties known to shape parenting. Lastly, they assessed the children’s peer social status or how well-liked they are by other children to separate the effects of parenting from difficulties that children have getting along with peers.

“We already know that peer status plays an important role in friendship outcomes. For example, well-liked children have more long-lasting relationships than do their classmates,” said Brett Laursen, Ph.D., co-author of the study and a professor and graduate studies coordinator in the Department of Psychology in FAU’s Charles E. Schmidt College of Science. “Our study is the first to include both parent characteristics and peer social status in the same model to identify the unique contributions of parents to child friendship stability.”

Laursen, who collaborated with lead author Daniel J. Dickson, Ph.D., and coauthor Melissa Huey, Ph.D., both of whom received their doctorates from FAU’s Department of Psychology, and their collaborators in Finland wanted to determine if negative parenting characteristics such as manipulative and coercive behaviors disrupt children’s friendships.

Results from the study found clear support for their hypothesis that negative features of parenting, such as depression and psychological control, increase the risk that best friendships would end. For children with clinically depressed parents, the risk of best friendship dissolution increased by up to 104 percent. There was a similar, although not quite as dramatic, increase in the risk of best friendship dissolution for children with psychologically controlling parents. Parent depression and parent psychological control uniquely predicted subsequent child friendships breaking up, above and beyond contributions of peer difficulties.

A surprising finding from the study that was contrary to the researchers’ expectations was that they did not find any evidence that positive parenting behaviors like warmth and affection altered the stability of children’s best friendships.

“We were hoping that positive behaviors would help extend the life of friendships and that it would be a buffer or a protective factor,” said Laursen. “This wasn’t the case – warmth and affection don’t appear to make that much of a difference. It’s the negative characteristics of parents that are key in determining if and when these childhood friendships end.”

Findings from this study also confirmed that most friendships were transitory; fewer than 10 percent of first-grade best friendships survived from the first to the sixth grade, with roughly half (48 percent) dissolving within a year of initiation.

“Depressed and psychologically controlling parents create an affective climate that is detrimental to a child’s well-being, with problems that spill over into the peer social world. Best friendships are one causality of this affective spillover,” said Laursen. “We believe that children with depressed and psychologically controlling parents are not learning healthy strategies for engaging with other people, which could have long-term consequences for their future relationships.”