9-Feb-2021 11:45 AM EST, by University of California, Berkeley Haas School of Business
favorite_border 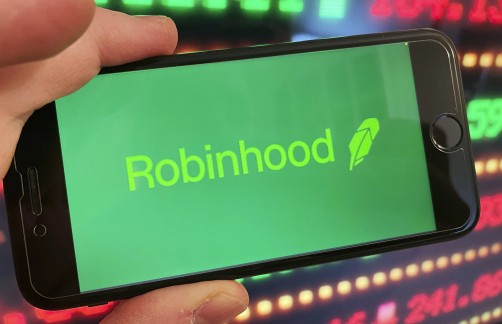 Newswise — Last year, when Berkeley Haas finance professor Terrance Odean was researching why users of the popular trading app Robinhood tended to “herd” into a small number of stocks, he never imagined a situation like what unfolded last week with GameStop.

“It was like a supernova of herding events,” he said.

Shares in the moribund video-game retailer soared more than 400% over three days when a mob of investors—many congregating on the Reddit chat room WallStreetBets—coordinated to buy the stock en masse. It fell 44% the next day as Robinhood and other brokerage firms temporarily curbed new purchases of GameStop. Although trading has been restored, the stock has been mostly down but remains volatile. Tens of billions of dollars of market value have been created and erased.

Odean had been examining how Robinhood’s easy-to-use technology drives investor behavior and share prices. The Menlo Park company, founded in 2013, has built an enormous following, especially among young investors. It was “the first brokerage to offer commission-free trading on a convenient, simple, and engaging mobile app,” Odean wrote in a working paper he co-authored with three other finance professors.

The Robinhood app makes investing fun and—critics say—addictive. New members get a free share of stock after they scratch off the image of a lottery ticket, and when they reach certain milestones, digital confetti rains down on their screen. Robinhood users can begin trading as soon as they open an account.

“Half of Robinhood users are first-time investors, who are unlikely to have developed their own clear criteria for buying a stock,” the paper says. “The app prominently displays lists of stocks in an environment relatively free of complex information. For example … Robinhood only provides five charting indicators, while TD Ameritrade provides 489.”

The app focuses attention on Robinhood’s 100 “Most Popular stocks,” and a narrower “Top Mover” list that shows which 20 stocks, throughout the day, have the biggest positive or negative percentage changes.

Using Robintrack, a database of the most popular stocks among Robinhood users from May 2018 until August 2020, the researchers compared trading by its users to other retail investors. They also looked at trading in “attention-grabbing” stocks on three days when Robinhood system outages prevented its users from trading.

They concluded that the simplicity of Robinhood’s app, combined with its users’ inexperience, made them more likely to herd, or pile into a smaller set of stocks, than other retail investors.

They also looked at what happened to a stock’s price when it was subject to a herding event or “extreme herding” event, the latter being days when the number of Robinhood users who own a stock grew by 1,000 users and 50% from the previous day. These stocks posted abnormally large gains on the day of herding—averaging 14% for a regular herding event and 42% for an extreme herding event. The next day, however, returns turned “significantly negative” and were still down—5% and 9%, respectively—after 20 days.

“While some Robinhood users undoubtedly made money, in our analysis, a greater number of them lost money,” Odean said.

The team also documented a “marked increase in short selling for stocks involved in Robinhood herding events,” a sign that some investors have been exploiting these “predictably negative returns” by placing bets that Robinhood favorites will fall. The paper’s co-authors are  Brad Barber of UC Davis, Chris Schwarz of UC Irvine and Xing Huang of Washington University in St. Louis.

We asked Odean about Robinhood, GameStop and lessons to be learned from recent events.

Q: Did you ever dream there would be a herding event like GameStop?

A: It would be lovely to say I saw it coming, but no. What we are seeing with Robinhood is herding similar to what’s been documented in other situations, but previously the magnitudes have been much lower. We saw herding  in the 1970s and 1980s, when people on Monday would buy stocks mentioned Friday evening on Louis Rukeyser’s Wall Street Week, a public-television show. Now what you have is a lot more investors having their attention funneled into what is often a small set of illiquid stocks and buying at the same time.

What’s surprising about GameStop was the extent to which people were writing (primarily on the Reddit chatroom WallStreetBets) about how we will all consciously do the same thing at the same time and thus possibly affect market prices. That aspect of the GameStop fiasco is not in our paper.

Is what you just described illegal?

I’m not an attorney but my understanding is, if two hedge funds started sending emails to each other saying if we both buy these stocks in large numbers on Tuesday, that will drive the price through the roof—that would probably be illegal.

I’m not sure what will happen with GameStop, but it’s a lot harder to make a case against millions of people spending small amounts of money than against a small number of sophisticated investors doing this with a lot of money.

I’m not sure what will happen with GameStop, but it’s a lot harder to make a case against millions of people spending small amounts of money than against a small number of sophisticated investors doing this with a lot of money.

Has Robinhood made investing too simple?

It has changed people’s behavior by making it simple. Robinhood’s mission statement is to democratize investing for all. Jack Bogle (founder of Vanguard Group) did that years ago. You can buy a Vanguard index fund, pay $4 a year for every $10,000 you have invested and have a well diversified, long-term investment in the market and the U.S. economy. That’s democratization. What Robinhood has done is make it easy to trade.

How does Robinhood make money?

Hand over fist. They sell their customer’s orders to market makers. If you want to sell, the market makers buy from you, and vice versa. When market makers take the other side of a trade, they face asymmetric information risk—the risk that they are trading with someone who knows more than they do. Market makers seem to think that when they trade with someone from Robinhood, they are not taking that risk. They think, if I always take the opposite side of the trade from the side Robinhood is on, I will make so much money I can pay Robinhood.

This is called “payment for order flow,” and it’s not new. Other retail brokerage firms also do it.

(In December 2020, the Securities and Exchange Commission charged Robinhood with failing to properly disclose its payments for order flow to customers and failing to seek the best terms for their trades. Robinhood paid $65 million to settle the changes without admitting or denying guilt.)

Should regulators outlaw this practice?

What is the most important lesson to take away from this GameStop event?

Retail investors whose trades are highly correlated—through forums such as WallStreetBets or other means—have more market power than many people on Wall Street expected.

Retail investors whose trades are highly correlated—through forums such as WallStreetBets or other means—have more market power than many people on Wall Street expected.

Why did Robinhood temporarily halt new purchases in Gamestock, AMC and other stocks subject to extreme volatility?

Depository Trust and Clearing Corporation (the clearing house for Robinhood’s trades) required Robinhood to put up more capital to ensure that Robinhood would make good on the trades it placed for its clients. Brokerages are required to use their own money as collateral while they wait for trades to clear. Robinhood’s clearing house increased its capital requirement because of the surge in orders in GameStop and some other stocks and because these stocks became hugely volatile. Robinhood reopened trading after it raised $3.4 billion in additional capital.

Traders allegedly targeted companies like GameStop because a large percentage of their shares had been sold short by hedge funds and others. This means the short sellers borrowed GameStop shares and sold them, hoping to buy them back later at a lower price and pocket the difference. When GameStop shares skyrocketed, hedge funds suffered massive losses when they had to buy the shares at higher prices, which put even more upward pressure on GameStop shares. Some traders are portraying short sellers as the “bad guys” and Robinhood traders as “good guys.” Are there really any good guys and bad guys here?

Financial economists believe that short selling plays a useful role in markets by enabling investors with negative information or opinions about a stock to influence prices and thus keep prices from being set only by investors with optimistic views. Short sellers do, however, sometimes behave badly by promoting negative rumors about companies after they’ve established their short positions. I have not read that this was a major problem with GameStop. I would say that people who intentionally manipulate stock prices qualify as bad guys. And Jack Bogle—who tried to make investing less expensive and safer—was a good guy.