How the Brain Thinks About Crime and Punishment 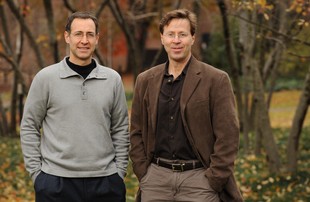 Vanderbilt professor Owen Jones, who is one of the nation's few professors of both law and biology, and Vanderbilt associate professor of psychology and neuroscience Rene Marois, scanned participant's brains with an fMRI. Their goal was to see which parts of the brain were activated when a person was asked to make a decision on crime and punishment. 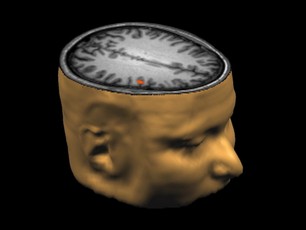 Image of a brain from the Vanderbilt University fMRI scanner.

Newswise — In a pioneering, interdisciplinary study combining law and neuroscience, researchers at Vanderbilt University peered inside people's minds to watch how the brain thinks about crime and punishment.

When someone is accused of committing a crime, it is the responsibility of impartial third parties, generally jurors and judges, to determine if that person is guilty and, if so, how much he or she should be punished. But how does one's brain actually make these decisions? The researchers found that two distinct areas of the brain assess guilt and decide penalty.

This work is the joint effort of Owen Jones, professor of law and of biology, and RenÃ© Marois, a neuroscientist and associate professor of psychology. Together with neuroscience graduate student Joshua Buckholtz, they scanned the brains of subjects with a highly sensitive technique called functional magnetic resonance imaging or fMRI. Their goal was to see how the brain was activated when a person judged whether or not someone should be punished for a harmful act and how severely the individual should be punished.

During the study, the participant inside the fMRI scanner read scenarios on a computer screen, each describing a person committing an arguably criminal act that varied in harmfulness. With every scenario that appeared, the participant determined how severely to punish the scenario's protagonist on a scale of 0 (no punishment) to nine (extreme punishment). Sometimes there were extenuating circumstances or background information about why the person acted as he did. Was he coerced? Did he feel threatened? Was he mentally ill?

"We were looking for brain activity reflecting how people reason about the differences in the scenarios," said Jones.

The researchers found that activity in an analytic part of the brain, known as the right dorsolateral prefrontal cortex, tracked the decision of whether or not a person deserved to be punished but, intriguingly, appeared relatively insensitive to deciding how much to punish. By contrast, the activity in brain regions involved in processing emotions, such as the amygdala, tracked how much subjects decided to punish.

"These results raise the possibility that emotional responses to criminal acts may represent a gauge for assessing deserved punishment," said Marois.

"There are long-running debates about the proper roles in law of 'cold' analysis and 'hot' emotion," said Jones. "Our results suggest that, in normal punishment decisions, the distinct neural circuitries of both processes may be jointly involved, but separately deployed."

Another intriguing result of the study was that the part of the brain that third-party subjects used to determine guilt in this study was the same brain area that has previously been found to be involved in punishing unfair economic behavior in two-party interactions.

"The convergence of findings between second-party and third-party punishment studies suggests that impartial legal decision-making may not be fundamentally different from the reasoning used in deciding to punish those who have harmed us personally," said Marois.

The full study titled "The Neural Correlates of Third-Party Punishment" can be found in the latest issue of the science journal Neuron out Dec. 11.

This study is the first law and neuroscience experiment to be published with funding, in part, from the MacArthur Foundation's year-old Law and Neuroscience Project, http://www.lawandneuroscienceproject.org, of which both Jones and Marois are members. Jones is co-director of the Foundation's Research Network on Decision-Making.