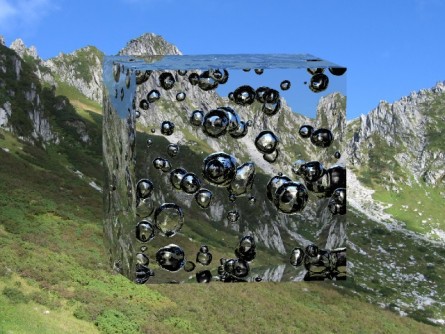 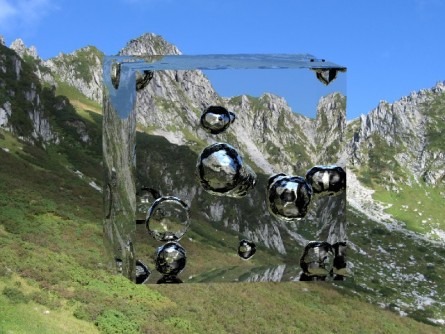 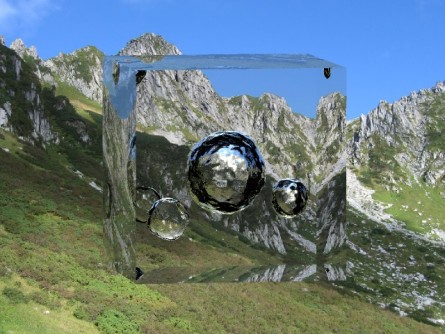 Newswise — WASHINGTON, D.C., December 18, 2014 -- Uncork a bottle of champagne, and as the pressure of the liquid is abruptly removed, bubbles immediately form and then rapidly begin the process of "coarsening," in which larger bubbles grow at the expense of smaller ones.

This fundamental nonequilibrium phenomenon is known as "Ostwald ripening," and though it is most familiar for its role in bubbly beverages, it is also seen in a wide range of scientific systems including spin systems, foams and metallic alloys.

On a much larger scale, Ostwald ripening can be observed in a power-generating turbine. Most power stations rely on boilers to convert water into steam, but the phase transition involved is highly complex. During the phase transition, no one is exactly sure what's occurring inside the boiler -- especially how bubbles form.

So a team of researchers from the University of Tokyo, Kyusyu University and RIKEN in Japan set out to find an answer. In The Journal of Chemical Physics, from AIP Publishing, the researchers describe how they were able to simulate bubble nucleation from the molecular level by harnessing the K computer at RIKEN, the most powerful system in Japan.

At the heart of their work were molecular dynamics simulations. The basic concept behind these simulations is to put some virtual molecules in a box, assign them initial velocities and study how they continue moving -- by using Newton's law of motion to determine their position over time. There were major challenges in doing this, explained Hiroshi Watanabe, a research associate at the University of Tokyo's Institute for Solid State Physics.

"A huge number of molecules, however, are necessary to simulate bubbles -- on the order of 10,000 are required to express a bubble," Watanabe said. "So we needed at least this many to investigate hundreds of millions of molecules -- a feat not possible on a single computer."

The team, in fact, wound up simulating a whopping 700 million particles, following their collective motions through a million time steps -- a feat they accomplished by performing massively parallel simulations using 4,000 processors on the K computer. This was, to the best of their knowledge, the first simulation to investigate multi-bubble nuclei without relying on any artificial conditions.

"In the past, while many researchers wanted to explore bubble nuclei from the molecular level, it was difficult due to a lack of computational power," explained Watanabe. "But now, several petascale computers -- systems capable of reaching performance in excess of one quadrillion point operations per second -- are available around the world, which enable huge simulations."

The team's key finding? The time evolutions of bubbles are well described by a classical theory developed during the 1960s, a mathematical framework called "LSW theory" after its three developers -- Lifshift and Slyozov in Soviet Union and Wagner in Germany. While LSW theory has been shown to hold true for other systems, like ice crystals growing in so-called freezer-burned ice cream, prior to this work nobody had ever shown it also works for describing gas bubbles in liquid.

"While the nucleation rate of droplets in condensation is well predicted by the classical theory, the nucleation rates of bubbles in a superheated liquid predicted by the theory are markedly different from the values observed in experiments," Watanabe said. "So we were expecting the classical theory to fail to describe the bubble systems, but were surprised to find that it held up."

In other words, although Watanabe and colleagues had hoped their simulation would provide clues to help clarify why the classical theory fails to predict the rate of bubble nucleation, it remains a mystery.

As far as implications of the team's work, an enhanced understanding of the behavior of bubbles is very important for the field of engineering because it may enable the design of more efficient power stations or propellers.

What's next for the researchers? After exploring cavitation, they're now shifting their focus to boiling. "Bubbles appear when liquid is heated as 'boiling,' or as 'cavitation' when the pressure of the liquid decreases," said Watanabe. "Simulating boiling is more difficult than cavitation at the molecular level, but it will provide us with new knowledge that can be directly applied to designing more efficient dynamo." The team is also targeting a polymer solution. "Surfactants make bubbles stable, while defoamers make them unstable," he added. "Recent developments in computational power will allow us to simulate these kinds of complex systems at the molecular level."

The authors of this paper are affiliated with the University of Tokyo, Kyusyu University and the Japan Advanced Institute for Computational Science.

VIDEO: http://apollon.issp.u-tokyo.ac.jp/~watanabe/sample/movie/bubble.aviAfter multi-bubble nucleation, Ostwald ripening occurs because of the "coarsening" interaction between bubbles until only a single bubble remains. CREDIT: H.Inaoka/RIKEN 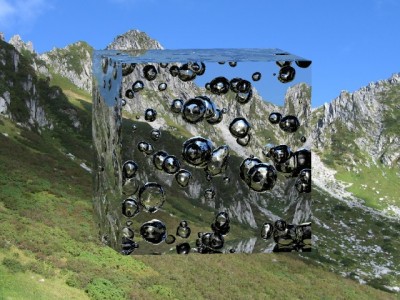 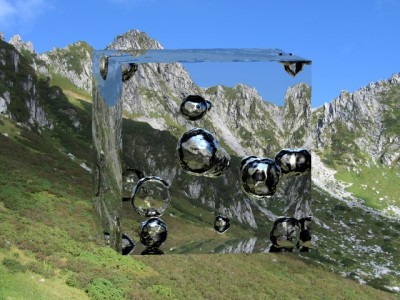 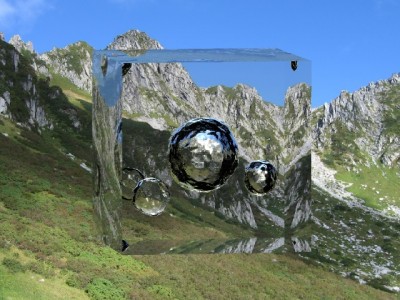