How to Avoid a Bad Hire 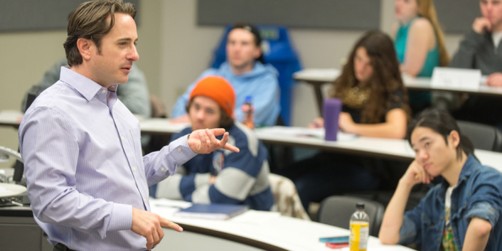 In his most recent study, David Jones, associate professor of business at the University of Vermont, found an easy way for employers to attract larger numbers of more highly qualified candidates.

Newswise — Bad hiring decisions cost employers millions of dollars, damage workplace morale, reduce productivity and account for more than half of employee turnover nationwide. It doesn’t have to be that way according to a new study that reveals how a few minor changes in the wording of a job advertisement can increase the size and quality of an applicant pool.

Think of a typical job ad. It focuses on what the employer wants from the applicant: academic degrees, specific skills and a strong work ethic, for example. But David Jones, associate professor of business, has found that ads focusing on what employers can provide job seekers -- like work autonomy, career advancement and inclusion in major decisions -- result in better employee-company matches. And these ads produce larger numbers of more qualified applicants.

For the study, which will appear in a forthcoming issue of the Journal of Business and Psychology, Jones and his co-authors, Joseph Schmidt from the University of Saskatchewan and Derek Chapman from the University of Calgary, manipulated real job ads at a large engineering-consulting firm in Canada. It's perhaps the first study, Jones says, that uses data of this kind collected in a field setting with active job seekers who were applying for actual professional positions. And the results were clear. Ads that focused on "needs-supplies" (N-S) fit (what the organization can supply to meet an applicant’s needs) received almost three times as many highly rated applicants as ads with "demands-abilities" (D-A) fit wording (what abilities and skills the organization demands of candidates).

‘Superstar’ applicants attracted to employee-centered adsThe study, “Does Emphasizing Different Types of Person–Environment Fit in Online Job Ads Influence Application Behavior and Applicant Quality? Evidence from a Field Experiment,” was based on responses from 991 applicants who responded to 56 ads for engineering and project management-based positions emphasizing N-S or D-S fit. Jones, who has a doctorate in industrial and organizational psychology, and his colleagues wrote the N-S fit statements based on the psychological needs of humans described in self-determination theory and included the motivating work factors outlined in the long-established job characteristics model.

Part of the reason so many employers still run D-A-heavy ads, Jones suspects, is because the people writing them often have little training in this area, have very specific skill gaps they need to fill quickly, or rely on headhunters who might focus on their clients’ needs more than the applicants’ needs. “A hiring manager in a specific unit or a supervisor of the second shift in manufacturing with little training in this stuff may be crafting the ad,” Jones says. “So it’s not surprising that it’s filled with D-A statements because they want someone with a specific skill set that they don’t have to spend a lot of time training and who can start day one.”

The solution, however, isn’t to simply slap in some N-S statements to make the job sound more worker-friendly. “It’s key not to add these types of statements if they aren’t true,” says Jones. "If you create what is called a psychological contract where the applicant has an expectation of what is going to happen as an employee and then it doesn’t, the people you hire are less likely go above and beyond and are more likely to quit much sooner than they otherwise would."

The researchers also used survey responses from 91 of the 991 applicants to explore the importance of N-S wording in job seekers' decisions to apply. Jones theorizes that the reason N-S fit ads solicit larger pools is because they attract both "the superstars who have the luxury of applying to a small number of positions" as well as applicants with average resumes who apply for as many positions as possible during a job search. With a D-A approach, Jones says, the applicant pool is composed primarily of the latter: "average applicants who use the shotgun approach.”

Journal of Business and Psychology

In the Workplace Local - Vermont All Journal News