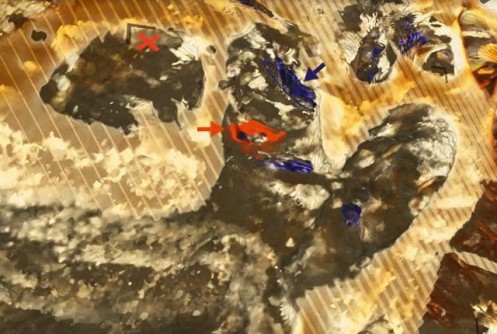 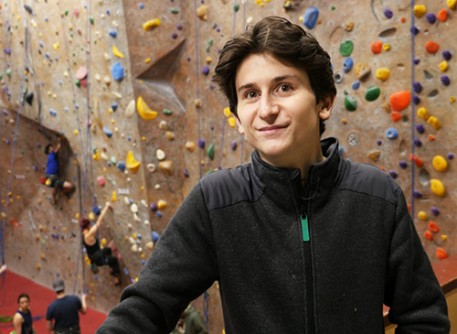 Brevin Cronk, 21, says he's had "10 or 11" heart procedures, including six open surgeries. He's thrilled to be back at the climbing gym. 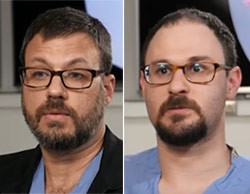 Newswise — One night last December, in Gig Harbor, Washington, a restaurant co-worker told Brevin Cronk that his lips had turned blue. He made haste for a nearby emergency room, which measured his blood-oxygen at 77%, well shy of the 90% level that doctors consider “low.”

“I was pretty afraid,” Cronk says, recalling the long ambulance ride to UW Medical Center – Montlake. “In the back of my mind, it’s always, ‘Am I going to survive this?’ My heart was failing.”

Cronk, 21, says he’s lost count but guesses his heart procedures number 10 or 11, including six open heart surgeries. Such double-digit tallies aren’t uncommon among people born with complex congenital heart deficits. The procedure he had two months ago, though, stands out from the rest.

“My mind was blown,” Cronk said, to learn that virtual reality was involved in his acute repair. “It was super cool that they were able to walk around my heart … and look up and identify the problem.”

Cronk’s heart was working furiously, as if he were running a marathon, when he reached the hospital, said UW Medicine Heart Institute cardiologist Zach Steinberg. He is a specialist in congenital heart abnormalities.

“A layer of reconstructed heart vessel had torn away, creating a partial blockage, obstructing blow flow from the right ventricle to the lungs.  That, in turn, built up pressure inside his heart and opened a hole in the surgically created wall separating the left and right ventricles. He had blue (unoxygenated) blood mixing with red (oxygenated) blood.”

Cronk’s circumstances made surgery a high-risk option. A catheter approach to reopen the blocked vessel and patch the hole was safer, but still profoundly complex.

“His past surgeries have made it difficult to image him in the standard way. We performed a CT scan and cardiac catheterization right away, which revealed what had happened to [Cronk’s] heart,” Steinberg said. “Once we determined that a transcatheter repair offered the safest approach, I asked Dmitry to make a VR file.”

Dmitry Levin is a heart-focused research scientist who has immersed himself in 3D imaging and modeling. He helps cardiologists understand patients’ unique anatomies and create individualized treatment plans. For the past 18 months, he’s been learning a VR software program – what views can it offer, what datasets are useful for what procedures – and slowly road-testing its capabilities in patient cases.

“All the information in a VR image comes from the patient’s CT scan. Making sense of that busy visual is akin to trying to read a map without a legend,” Levin said. “The physician has to communicate what structures they need to see depicted in 3D, and what can be left out.”

Donning the VR headset, Steinberg was able to enlarge the heart to see the degree of blockage and its location in the vessel. He could see the hole in the septum and its proximity to vessels and, importantly, to the mechanical aortic valve implanted in Cronk in 2011.

“When you’re implanting devices with a catheter, you don’t want to fix one problem only to create another,” Steinberg said. “The VR perspective gave us landmarks and confidence that our approach was going to work,” he said.

It also helped Steinberg map his route: The mechanical aortic valve negated passing a catheter through the aorta, a common doorway to the heart for catheter procedures. Steinberg instead entered the heart through the inferior vena cava, then placed a stent to remove the obstruction and plugged the hole in the septum.

“This case culminated everything we’ve learned with VR,” said Levin. UW Medicine’s Heart Institute is the only Washington hospital using the software, according to its Swiss manufacturer, Medical Holodeck.

Two months out, Cronk is running, rock-climbing, going to school. For someone whose chest is lined with scars and whose future inevitably includes more cardiac procedures, he shows no lack of heart.

“Knowing that I’m alive and well makes me really happy. I’ve been in dire situations but I’ve always tried to remain optimistic. Mind over matter,” he says.