How to Use Collaborative Creativity to Solve Problems and Innovate

1-Jun-2017 9:05 AM EDT, by University of Virginia Darden School of Business
favorite_border 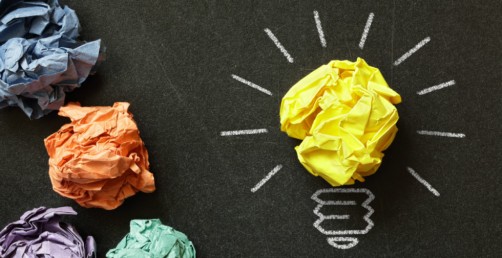 Newswise — In these uncertain economic, social and political times, wicked problems — complicated issues with multiple dependent components — have led a growing number of organizations to use collaborative creativity. Human-centered design is more and more seen as an insightful approach in organizations’ problem-solving toolkits.

In Designing for Growth and Solving Problems With Design Thinking: 10 Stories of What Works, Darden Professor Jeanne Liedtka and her co-authors detail why organizations should consider design thinking: It provides a methodology for systematically understanding, proposing and testing creative possibilities before an organization expends major resources. And that’s any organization; in the forthcoming book Liedtka and I co-authored with Daisy Azer, out this summer, we bring the “explore deeply, empathize continually, ideate rapidly, prototype simply and iterate constantly” process to innovation in the social sector. Design Thinking for the Greater Good will examine its use in nonprofit and governmental projects.

How to Do It

But for those innovators looking for a solid “how to” of the design thinking process, The Designing for Growth Field Book bridges the gap between theory and activity. Working from a big picture perspective, Liedtka and her co-authors discuss four prime questions: “What is?” “What if?” “What wows?” and “What works?” and then helps those wary of the unknown by providing a 15-step process that guides them along the right track.

The four questions work to address any challenge in projects that seek to envision and implement an improved future state. Since no one can predict the future, especially in today’s uncertain realities, the process acts to collaboratively discover and build unique ideas for that future and then test them before organizations open ever-tighter checkbooks.

What is, the first question, forces teams to address what the present situation is and aligns team members on a definition of a given problem or opportunity. Unlike most analytical analysis, however, the prime method of collecting data in design thinking is in the stories and quotes of individual stakeholders — people who, for example, actually use (or not) any given product, service or idea. How does their “flawed humanity” affect their buying, thinking and acting considerations, and what tiny insight into their behavior might indicate an opportunity for addressing actual problems? Innovative ideas are generated from insights about the current reality of real homo sapiens, not the “homo economous” of the planning world or the “homo consumens” of the marketing world.

What is concludes with a team converging on a set of “design criteria,” or the parameters of what a likely successful solution — or set of solutions — would entail. Design criteria are more like old-fashioned roadmaps than modern GPS direction finders in that one sees all possible routes and carriers towards a destination, rather than being directed along a specific course solely in one’s personal automobile.

From that criteria, the What if question helps generate ideas around those parameters that could conceivably address the problem or opportunity. Brainstorming-oriented, What if works to ensure that discussed possibilities are limitless by postponing discussion of constraints and uncertainties to later questions. Design thinking teams put aside the “hole-punching skills” of the quantitative analyst and work to build on others’ ideas through a “combinatorial play” approach which mixes and matches crazy, and not-so, concepts into a series of “napkin pitches.”

Next, teams converge on napkin pitches; now the first traditional analytical business skills are brought into play, and a rough comparison of possibilities takes place. The napkin pitch is the idea, or set of ideas, that the team argues has validity in addressing whatever issue, along with the beginning of the business case to consider its viability for the organization.

Recommending a handful of napkin pitches to ensure that management can find ideas they support, this convergence sets up the “wow zone.”

What wows is the overlap of three criteria: the targeted stakeholders want it, the organization can produce it and its economics seem to make sense. Since the “it” never yet exists, all three of the aspects require team members to work from assumptions. Hence, the What wows process begins to sideline napkin pitches with questionable ones by analyzing those assumptions.

One key aspect of What wows is visual prototyping of the new ideas so that the stakeholders can co-create ever-better solutions in What works. A design thinking prototype is not, however, a “dress rehearsal,” as most think. Instead, it’s the playground where others can dig a new tunnel in the sand besides our own — and are asked to. Generally speaking, the rougher the first prototype, the better. Design thinkers want it to leave emotional “emptiness” so that stakeholders are urged to think, “I get the context here but what about if we ….”

And that’s what happens in What works. Design thinkers get deep feedback from stakeholders and iterate whatever idea and prototype to best address whatever issue. The key point in What works is that the choice for moving any idea into possible production is not made by the team members who created it, but by potential stakeholders. These, of course, are the same flawed humanity who originally inspired the idea. Their co-creation not only helps “sell” the concept, also — much like a musical opening out of town to analyze and adapt to audience response before going to Broadway — it greatly minimizes the chances for an expensive flop.

Overall, The Designing for Growth Field Book takes potential innovators step-by-step through the “how to” of collaborative creativity without letting them get so deep in minutia they forget what they are setting out to do. The process is a solid tool for reawakening inventiveness in even the most massive of bureaucracies.

Jeanne M. Liedtka and Randy Salzman are authors of the upcoming book Design Thinking for the Greater Good: Innovation in the Social Sector (Columbia Business Press), a study of design-led innovation projects in government and social sectors.