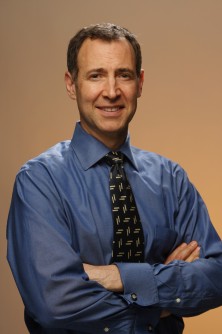 professor of law and biological sciences at Vanderbilt and director of the MacArthur Foundation Research Network on Law and Neuroscience. 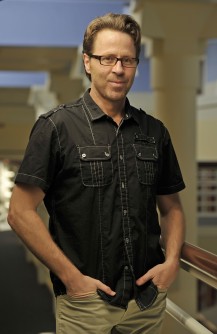 René Marois, professor and chair of psychology at Vanderbilt University and co-principal author of the study

Newswise — NASHVILLE, Tenn. – Juries in criminal cases typically decide if someone is guilty, then a judge determines a suitable level of punishment. New research confirms that these two separate assessments of guilt and punishment – though related -- are calculated in different parts of the brain. In fact, researchers found that they can disrupt and change one decision without affecting the other.

New work by researchers at Vanderbilt University and Harvard University confirms that a specific area of the brain, the dorsolateral prefrontal cortex, is crucial to punishment decisions. Researchers predicted and found that by altering brain activity in this brain area, they could change how subjects punished hypothetical defendants without changing the amount of blame placed on the defendants.

“We were able to significantly change the chain of decision-making and reduce punishment for crimes without affecting blameworthiness,” said René Marois, professor and chair of psychology at Vanderbilt and co-principal author of the study. “This strengthens evidence that the dorsolateral prefrontal cortex integrates information from other parts of the brain to determine punishment and shows a clear neural dissociation between punishment decisions and moral responsibility judgements.”

The research titled “From Blame to Punishment: Disrupting Prefrontal Cortex Activity Reveals Norm Enforcement Mechanisms” was published on Sept. 17 in the journal Neuron.

THE EXPERIMENTThe researchers used repetitive transcranial magnetic stimulation (rTMS) on a specific area of the dorsolateral prefrontal cortex to briefly alter activity in this brain region and consequently change the amount of punishment a person doled out.

“Many studies show the integrative function of the dorsolateral prefrontal cortex in relatively simple cognitive tasks, and we believe that this relatively basic process forms the foundation for far more complex forms of behavior and decision-making, such as norm enforcement,” said lead author Joshua Buckholtz, now an assistant professor of psychology at Harvard.

The researchers conducted experiments with 66 volunteer men and women. Participants were asked to make punishment and blameworthiness decisions in a series of scenarios in which a suspect committed a crime. The scenarios varied by harm caused (ranging from property loss to grievous injury and death) and how culpable the suspect was for the act (fully responsible or not, due to mitigating circumstances.) Half of the subjects received active rTMS while the other half of the subjects received a sham or placebo version of rTMS.

LEVEL OF HARMAcross all participants and all trials, both culpability and level of harm were significant predictors of the amount of punishment the subjects deemed appropriate. But subjects receiving active rTMS chose significantly lower punishments for fully culpable suspects than did those subjects receiving sham rTMS, particularly in scenarios that resulted in low to moderate harm. Additional analyses suggested that the effect was due to impaired integration of signals for harm and culpability.

“Temporarily disrupting the dorsolateral prefrontal cortex function appears to alter how people use information about harm and culpability to render these decisions. In other words punishment requires that people balance these two influences, and the rTMS manipulation interfered with this balance, especially under conditions in which these factors are dissonant, such as when the intent is clear but the harm outcome is mild,” said Buckholtz.

IMPLICATIONS AND FUTURE DIRECTIONSThe research team’s main goal in this work is to expand the knowledge of how the brain assesses and then integrates information relevant to guilt and punishment decisions. It will also advance the burgeoning interdisciplinary study of law and neuroscience.

“This research gives us deeper insights into how people make decisions relevant to law, and particularly how different parts of the brain contribute to decisions about crime and punishment. We hope that these insights will help to build a foundation for better understanding, and perhaps one day better combatting, decision-making biases in the legal system,” said co-author Owen Jones, professor of law and biological sciences at Vanderbilt and director of the MacArthur Foundation Research Network on Law and Neuroscience.

This new work builds on stream of research articles including:· The Neural Correlates of Third-Party Punishment

· The Roots of Modern Justice: Cognitive and Neural Foundations of Social Norms and Their Enforcement

The research was funded by a grant by the MacArthur Foundation Research Network on Law and Neuroscience and by Vanderbilt's Center for Integrative and Cognitive Neuroscience (CICN).

-VU-[Media Note: Contact Amy Wolf for a draft of the research. Vanderbilt has a 24/7 TV and radio studio. The studio is free for Vanderbilt experts, other than reserving fiber time.]