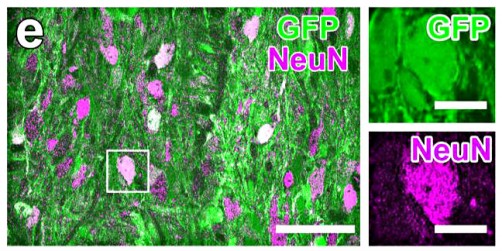 Newswise — NIBIB-funded researchers generated stable lines of spinal cord neural stem cells in a laboratory dish. Once transplanted into a rat model of spinal cord injury, the cells enabled robust regeneration of functional neurons along the length of the spine.

The research team  from the University of California, San Diego, used human pluripotent stem cells (hPSCs) to create and maintain spinal cord neural stem cells (NSCs) that became multiple types of neurons when transplanted into a rat model of spinal cord injury. The NSCs regenerated extensive regions of the spinal cord and large numbers of functional axons that extended over long distances to innervate their target tissues. The studies were supported, in part, by the National Institute of Biomedical Imaging and Bioengineering (NIBIB) and reported in the September issue of Nature Methods1.

“Scientists have been very enthusiastic about the potential to use neural stem cells to treat a number of spinal cord disorders including spinal cord injury, amyotrophic lateral sclerosis, and spinal muscular atrophy,” said Rosemarie Hunziker, Ph.D., director of the NIBIB Tissue Regeneration Program. “A real bottleneck in bringing this innovation to patients, however, is the ability to control the cell’s identity as a particular functional nerve cell, while preserving its ability to proliferate and provide a large number of these cells.”

The research was led by senior author Mark H. Tuszynski, M.D., Ph.D., Professor of Neurosciences, Center for Neural Repair, University of California, San Diego. The challenge for Tuszynski and his colleagues was to develop a system to grow large numbers of NSCs in cell culture to be used as a reliable source for transplantation. The problem they had to overcome was the tendency of these cells to change into different types of neural cells, which causes them to stop growing. This severely limits the number of undifferentiated NSCs that can be produced for experiments.

The group used human embryonic stem cells (hESCs) treated with various combinations of proteins such as fibroblast growth factor that encourages growth. An important addition to the mix, which further prompted undifferentiated cell growth was proteins that block factors in the cell that inhibit growth. “Our concoction both drove cell growth and removed factors that block cell growth, resulting in a cell line of spinal cord neural stem cells that we were able to keep growing and expanding,” said Tuszynski.

A critical aspect of the novel cell culture system was that it  kept the cells growing as neural stem cells, while maintaining their ability to become different types of neural cells when placed in an environment such as the site of spinal injury in the rat model.

“With the ability to expand and maintain large numbers of undifferentiated neural stem cells, we believe that advancement to human clinical trials could be in a time frame of as little as five years,” said first author Hiromi Kumamaru, M.D., Ph.D. “However, the safety and efficacy of the cells will first have to be established in additional studies in rats and non-human primates.”

Beyond transplantation therapies, Tuszynski explained that their ability to differentiate the NSCs into multiple types of spinal cord neurons should prove extremely valuable for disease modelling in cell culture to test potential therapies for a variety of neural disorders including amyotrophic lateral sclerosis and progressive muscular atrophies. 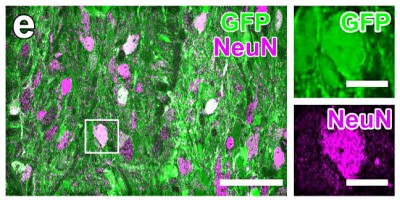