Human Trafficking: The Dark Side of the Super Bowl 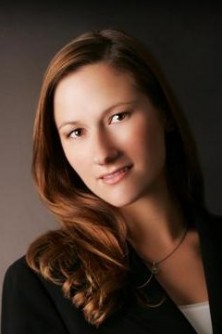 The Super Bowl is more than just a sporting event and holiday; it’s also the largest venue for human trafficking in the world. Wichita State University’s Center for Combating Human Trafficking is working to raise awareness about this critical national issue.

Super Bowl Sunday is upon us; a holiday anticipated by nearly half of all households in the United States. Sadly, while water cooler debaters dissect the virtues of Super Bowl ads and halftime shows and the nation’s eyes are glued to the spectacle, a horrific crime will be perpetrated in plain sight.

Human trafficking. Sexual slavery. Twelve to 14 year old girls forced to have sex 20-48 times per day, victims of supply-and-demand who are likely to be murdered sometime before escaping their “careers.” Many of them are runaways or abductees, owned by pimps who control them through violence, intimidation and worse.

That’s reality for the victims of sex-trafficking who will be among the hundreds of thousands descending on Super Bowl XLVIII this weekend, slaves brought to the event by a perfect storm of increased demand – Americans being trafficked to Americans by other Americans – all in the shadows of one of the most-watched sporting events on the planet. It sounds unbelievable, but it’s a disturbing truth: America’s beloved game is also the largest venue for human trafficking in the world.

The Super Bowl attracts hoards of fans to the host city, according to the New Jersey Coalition Against Human Trafficking, “but it also attracts organized criminal activity that operates in plain sight without notice, including human trafficking in both the sex and labor industries.”