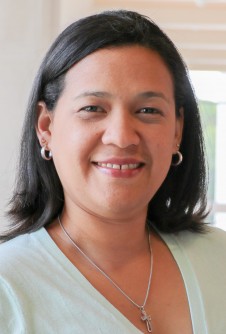 Amaya Leal has visited disaster sites following Hurricane Sandy, the Nepal earthquake and the Ecuador earthquake. Through her work in these areas, she has identified several factors that facilitated as well as impeded the disaster response. Amaya Leal says coordination and integration of relief efforts is vital.

What worked: Groups of people using their network of contacts to organize and distribute relief supplies. For example, members of a Rotary Club uniting with other service groups to assist with relief efforts. “These are known as collaborative aid networks,” Amaya Leal said. “They repurpose their networks for relief distribution and are effective in accomplishing the set goals.”

What did not work: Non-priority donations sent to disaster areas. “These items impede the flow of the most critical supplies. This is known as material convergence and it is recognized by responders as ‘the second tier disaster.’”

Amaya Leal says the self-location of relief groups is also an issue. As a result, there is a duplication of efforts in some areas while other neighborhoods or communities are underserved or not even covered.

The most effective way for people to help is to donate money, Amaya Leal said. This allows relief groups to purchase the right quantity of supplies, goods that are culturally appropriate and at local markets to start reactivating the economy of the impacted area. She has seen piles of donated items sent to disaster areas that end up in the trash because they cannot be used or there is no way to distribute.

“Even though donations might be well intentioned, in most cases, donors send what they will no longer use, without thinking about the actual needs of those who are supposed to benefit from them,” Amaya Leal said. “In many cases, individual donors assume someone will find a use for the goods, not recognizing that relief responders need to devote their time to helping survivors, not sorting through donations.”