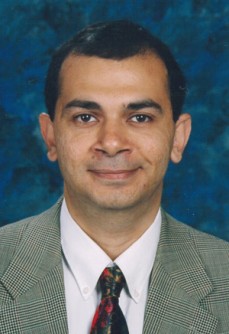 Newswise — Sherif El-Tawil is a professor of civil and environmental engineering at the University of Michigan who studies natural hazards engineering and community resilience. He can discuss those topics, as well as the extent to which infrastructure can withstand the stronger storms that climate change is expected to bring.

"Our physical infrastructure is built to specifications known as design codes. Design codes are based on hazard level, or risk, which is calibrated to historical events," he said. "Therefore, it is fair to say that climate change is challenging our long established risk models, especially for wind-based disasters. In other words, what we now think of as a 1-in-500 year event may no longer be such a low probability incident as storms intensify as a result of climate change. Since it is not yet clear how climate change affects storm intensity, it is hard to predict how the hazard level will grow and make our communities more vulnerable. However, indications are that the risk is growing.

"One issue that most people do not fully appreciate is that disasters are compounded by interactions that occur during or after the initiating event. In many cases, interactions that are not well understood or thought to be too remote turn out to be particularly impactful. In Hurricane Harvey, for example, the storm surge created fast-moving debris, which downed live power lines. The downed lines were hidden under standing water leading to electrocution hazards. An ongoing research study at the University of Michigan is investigating how such interactions occur and propagate during disasters. The objective of the study, which is funded by the National Science Foundation, is to develop simulation tools that can be used by policy makers to better prepare their communities for extreme events."

Contact [email protected]. El Tawil is available this week and over the weekend.