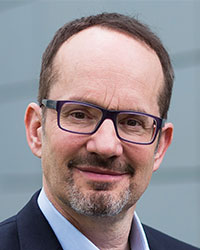 Newswise — The American Society for Cell Biology is pleased to present the Keith R. Porter Award to Anthony Hyman, given to an eminent cell biologist in memory of one of ASCB’s founding members. Hyman, one of four founding directors of the Max Planck Institute of Molecular Cell Biology and Genetics in Dresden, Germany, and an ASCB Fellow, will present the Keith R. Porter Lecture at Cell Bio Virtual 2020-an ASCB|EMBO Meeting. The Porter lecture will be presented on Wednesday, December 9 at 11:30 am ET in the virtual meeting platform.

Using Caenorhabditis elegans as his model organism, Hyman has contributed to the understanding of the mechanism by which centrioles replicate, separate, and trigger microtubule nucleation. The Hyman lab has also elucidated some of the mysteries of spindle assembly and positioning. Over the last two decades, Hyman has become known for using C.elegans as a model system to create the “parts list” used in various cytoplasmic processes. While teaching at the Woods Hole physiology course with Clifford Brangwynne and Frank Julicher, Hyman was among the first to witness that cells employ phase separation to create fleeting, non–membrane-bound sub-compartments. Understanding why and how these compartments form, and also what happens if their formation process goes awry, could provide insight into neurodegenerative diseases.

“Tony Hyman has made fundamental contributions to our understanding of the microtubule cytoskeleton and its role in cell division, and has been a pioneer in the study of cellular compartmentalization by phase separation phenomena,” said ASCB President Eva Nogales.

“What stands out for me about Tony’s work is the biophysical rigor he brings to his work in cell biology, in concert with his ability to pioneer conceptual advances,” added Erika Holzbaur, ASCB Program Committee chair. “A perfect example is the work on phase separation in cell compartmentalization that Eva mentioned, which has been exciting from both an experimental perspective and a change in the way we view the ways the cell is organized.”

Hyman earned his PhD in molecular cell biology at King’s College, in Cambridge, UK, and was a postdoctoral fellow at the University of California, San Francisco. Prior to his work at Max Planck, he was a group leader at the European Molecular Biology Laboratory in Heidelberg, Germany.  His career has been highly recognized, and just this year Hyman was awarded the Wiley Prize in Biomedical Research and the NOMIS Distinguished Scientist Award and was elected to the National Academy of the Sciences.

“I would like to dedicate this lecture to my wife Suzanne Eaton, who passed away last year.  So much of my progress in science was predicated on her love and support,” he said. “It is a great honor in any cell biologist’s career to be asked to give the Keith Porter lecture.”