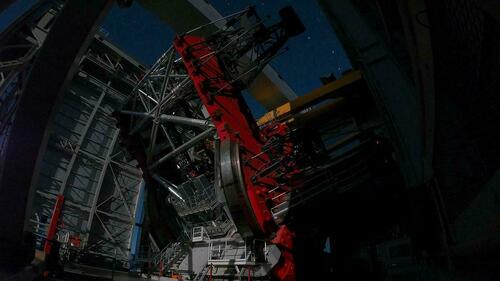 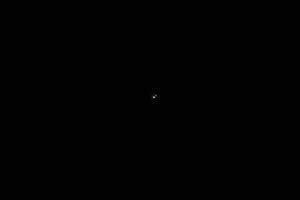 Newswise — Scientists are one step closer to discovering life on other planets.

A team of engineers and astrophysicists has installed the front-end module of a new instrument named iLocater at the Large Binocular Telescope Observatory in the Pinaleño Mountains of southeast Arizona. When fully completed, the instrument will be a first-of-its-kind high-resolution spectrometer capable of detecting Earth-like planets within habitable zones of nearby stars.

After successfully achieving “first light,” capturing a beam of starlight filtered through the telescope’s adaptive optics system, the team discovered what was thought to be a singular star was actually a previously unidentified binary star system.

“Our instrument is special in that we’re the only people in the world that can take spectra of multiple closely spaced stars at the same time and search for orbiting planets around each,” said Justin Crepp, associate professor of physics in the College of Science at the University of Notre Dame and director of the Engineering and Design Core Facility. “That’s our ultimate goal, and that’s where we can really shine.”

“You never know what’s going to happen when you turn on every mechanism in a telescope,” said Crepp. “It’s this super complex system. The starlight aligned with our system on the first try. The adaptive optics system turns on and — ‘oh, that’s binary.’ It was years of work, and everyone was excited and then we find this. Nobody knew it was a binary system.”

Designed by a team led by Crepp and Jonathan Crass, a research assistant professor at Notre Dame, iLocater is the world’s first diffraction-limited Doppler radial velocity instrument. It was selected for construction in 2014 by a Large Binocular Telescope committee among various hardware concepts considered the “next generation” of instruments. The system was assembled and tested at Notre Dame in early 2019. The front-end optical module of iLocater — an acquisition camera — was then disassembled and transported more than 1,700 miles to the most powerful telescope in the northern hemisphere for reassembly and installation.

Housed in a blue paneled box adorned with an “ND” sticker on the front, iLocater’s acquisition camera is designed to deliver images in up to 30 times higher spatial resolution than other instruments, reducing light contamination from other stars in measurements and removing modal noise when feeding the instrument spectrograph. It will ultimately be composed of two identical units to feed light collected by the two 8.4 meter diameter mirrors of the telescope to the spectrograph.

The discovery of the binary system serves as a testament to iLocater’s potential.

The desire to explore the universe and find life on other planets has only increased since NASA’s use of the Kepler Space Telescope, which launched in 2009 and retired in 2018. The mission was followed by the launch of NASA’s Transiting Exoplanet Survey Satellite (TESS), which will search for planets orbiting nearby stars. To date, 4,044 exoplanets have been confirmed, according to the NASA Exoplanet Archive.

iLocater will search the Milky Way for those planets closest to Earth.

In addition to clearly identifying nearby planets, iLocater’s spectrograph will allow Crepp and his team to analyze the makeup of each planet, measuring mass and the atmospheric composition to determine the potential for life.

“There’s always the aspect that we’re kind of knocking on the door of discovering life elsewhere,” Crepp said. “That’s what I think drives this momentum. There’s always that prospect and it’s something visceral that people can latch onto. In the back of everyone’s mind, ultimately, what we want to know is if these planets contain life.”

iLocater was funded in part by a NASA Early Career Fellowship, the National Science Foundation CAREER Award and contributions from Notre Dame alumni.