Imaging Tool Under Development Exposes Concealed Detonators — and Their Charge 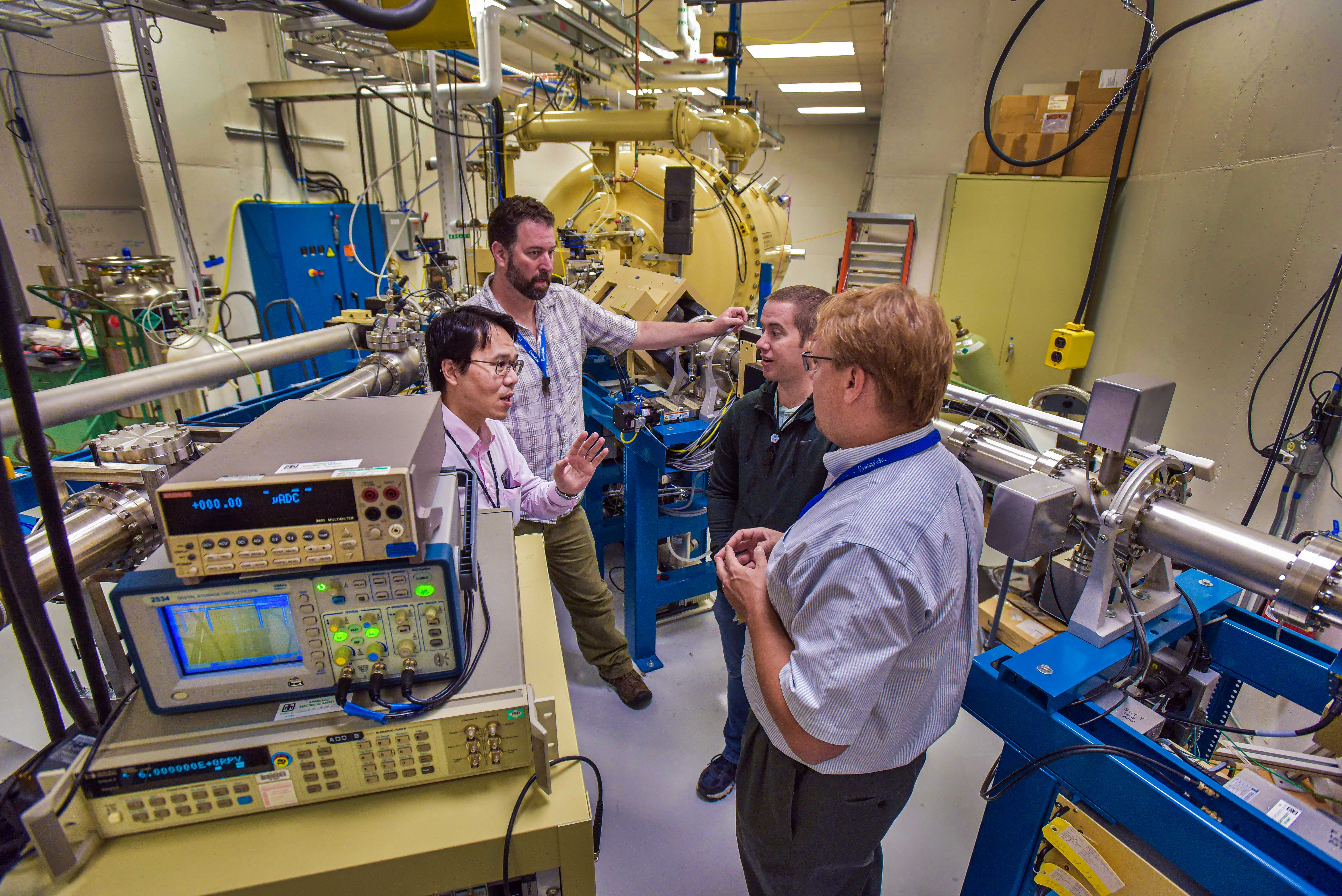 Newswise — ALBUQUERQUE, N.M. — Behold the neutron, the middle child of subatomic particles. At times overshadowed by its electrically charged siblings the proton and the electron, neutrons quietly play important roles in national security. They start nuclear reactions for weapons and power plants. They bombard materials for nuclear safety tests. And now they have a new skill: telling whether a concealed, electric detonator is charged.

Sandia quantum-sensing expert Yuan-Yu Jau is helping neutrons develop their talent. He’s leading an effort to build a new kind of neutron-based imaging system. When finished, it will enable people to safely examine sealed metal boxes when opening them could be dangerous, whether that’s because inside is an explosive weapon or a malfunctioning, high-voltage fire set at a missile range.

“There are no other technologies that can directly image an electric field with physical barriers,” Jau said. “One advantage of this imaging technology is that it can absolutely determine the magnitudes and directions of the electric fields.”

Jau has already shown neutrons are up to the task at a large, specialized facility — the National Institute of Standards and Technology Center for Neutron Research in Gaithersburg, Maryland. He is currently exploring how to redesign the system into a smaller, fieldable prototype for security applications.

Compact neutron generators are commercially available for laboratory, medical and industrial uses, but by and large, these spit out neutrons with so much energy that the imaging system cannot manipulate and analyze them. Jau is working toward building a custom generator that tosses neutrons with much lower energies.

The National Nuclear Security Administration is funding his efforts.

A metal box, or Faraday cage, blocks electromagnetic waves attempting to enter or exit. This conceals electrically charged devices inside and makes contents difficult to probe without opening the box. Charged particles like protons and electrons have trouble penetrating the barrier, which gives neutral neutrons the opportunity to shine.

Neutrons pass through metal with relative ease, and although they don’t have an electric charge, they do spin. That spin changes ever so slightly when the particle passes through an electric field. Jau takes advantage of this phenomenon by polarizing neutrons, so they all have the same spin, and firing them through a metal box into a detector on the other side.

Some of the neutrons will never make it to the detector because they bump into the concealed object. The neutrons that make it create an X-ray-like silhouette on the detector. Of these particles, any that also pass through an electric field will have a different spin when they hit the detector than when they started. This creates a second image that shows where electric fields are. From that picture, operators can decipher the voltage of the object and whether it’s charged, even if it is turned off or in sleep mode.

According to Jau, neutrons also could be used in similar ways for other applications. They could be used to study electrical properties of new materials, analyze storage capacity in advanced batteries or diagnose electrical components of complex, assembled machines without removing them.

“In practice, different applications require different electric-field sensitivity and imaging resolution,” Jau said. “It doesn’t mean that our proof-of-concept demonstration is ready for all applications. Several of them can already be done using the demonstrated experimental setup, but some others require further improvements in performance or in fieldable technologies.”

In other words, the mighty neutron might have more surprise talents to show off in the future.