Impact of Religion and Racial Pride on Classroom Discrimination 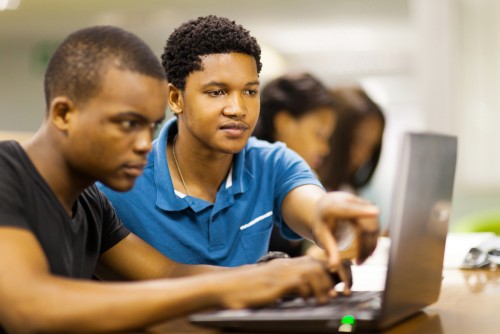 “Overall, for both African American and Caribbean black adolescents, experiencing teacher-based racial discrimination in the classroom was associated with not feeling like they belong at school, or less school bonding,” said Sheretta Butler-Barnes, assistant professor at the Brown School. “Also, for both groups, subjective religiosity, such as using religion to cope with stressors in day to day life, was associated with higher school bonding.”

Butler-Barnes is lead author of “Teacher-Based Racial Discrimination: The Role of Racial Pride and Religiosity Among African American and Caribbean Black Adolescents,” published this month in the journal Race and Social Problems.

The paper draws on a nationally representative sample of African Americans and Caribbean black adolescents within the United States.

“For African American adolescents, perceiving more racial discrimination from teachers and reporting lower racial pride beliefs was associated with less school bonding,” Butler-Barnes said. “So not having racial pride was very harmful in school settings where teachers were being more discriminatory.”

However, the findings for Caribbean black adolescents suggests that moderate levels of religiosity and reporting higher rates of teacher discrimination was associated with less school bonding.

More research needs to be conducted on the diversity of black Americans, Butler-Barnes suggested. “Especially with Caribbean black adolescents, as they have made significant contributions to the United States of America,” she said.

She also points out that teachers’ discriminatory behavior, such as teachers acting as if black students aren’t smart and acting afraid of students based on their racial ethnic background, can have negative consequences on black Americans sense of belonging at school.