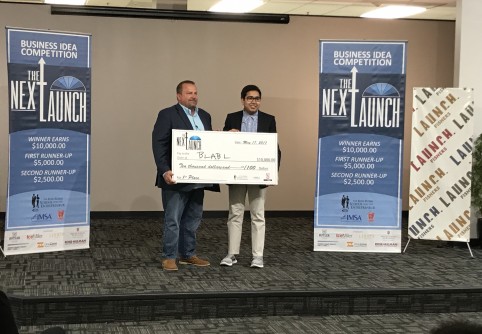 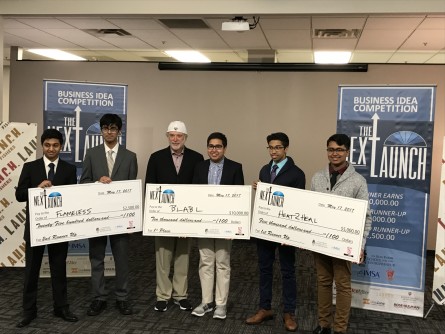 Newswise — Aurora, IL – May 19, 2017 – Ayan Agarwal, an Illinois Mathematics and Science Academy student and Hinsdale native, won first prize at the first-ever regional business pitch competition , “The Next Launch,” on Wednesday, May 17.

Blabl, the winning business idea, is a mobile application that gives students an artificially intelligent avatar to talk with, letting them practice expressing themselves while getting feedback about their content, pronunciation, and energy.

A panel of professional judges including Dr. Tim Baldwin, chairperson, management and entrepreneurship at the Kelley School of Business at Indiana University; Dr. Craig Downing, department head and professor of engineering management at Rose-Hulman Institute of Technology and Abby Thompson, director of marketing at the Lacy School of Business at Butler University served as competition judges.

“According to the judges, all three IMSA student pitches were remarkable for the markets they targeted,” stated Dr. Carl Heine, director of IMSA TALENT. “It’s expected that high school students will develop solutions for the market they know best, other teens. But the ability to find sophisticated technological solutions for five-year olds with speech impediments, arthritis sufferers, and home cooks requires thorough research, talking with potential end users to understand the type of help they actually need. All three teams demonstrated that ability.”

“I was blown away,” said Abby Thompson, The Next Launch judge and director of marketing at the Lacy School of Business. “At Butler, we have a lot of students that have this type of drive, but it’s rare to see it at the high school level.”

IMSA students Sushil and Pranav Upadhyayula were first runners up and received $5,000 for their business idea titled “Heat2Heal,” a wearable wrap that uses body heat to generate electricity for relieving massage therapy as a treatment for arthritis sufferers. IMSA students Nikhil Madugula and Sivam J. Bhatt were second runners up and received $2,500 for a business idea titled “Flameless,” a fire suppression technology that uses low frequency sound waves.

“We hope to eventually grow The Next Launch into a national event,” said master of ceremonies and Launch Indiana founder John Weschler. “It’s in our nature as entrepreneurs to build something from an idea and scale it.”

Illinois Mathematics and Science Academy (IMSA) is the world’s leading teaching and learning laboratory for imagination and inquiry and an esteemed three-year residential high school. Nearly 700 Illinois 10-12th graders currently live at the academy in Aurora, Illinois. Students hail from across Illinois and are enrolled in tuition-free, rigorous college preparatory classes. Graduates are leaders in the business, education, scientific, and civic sectors.

IMSA is proud to have been named among the top 40 public and private college preparatory institutions in the world by The Wall Street Journal. It was the 2009 winner of the Intel Schools of Distinction Star Innovator Award and has been profiled by NBC-TV's Dateline, CNN's Science and Technology News, USA Today, New York Times, and The Wall Street Journal.

About The Ron Rubin School for the Entrepreneur:

The Ron Rubin School for the Entrepreneur was founded in 2006 to provide Culver students with a deeper understanding of creativity and innovation in the marketplace. Through interaction with successful entrepreneurs, a college-level curriculum, field trips to exciting destinations, and challenging competitions, students gain a greater appreciation for the magic of the entrepreneurial spirit. For more information, visit rubinschool.org

Ron Rubin is a nationally recognized innovator, entrepreneur, and philanthropist. He is the owner of The Republic of Tea, a Novato, California based gourmet tea business. Since buying The Republic of Tea in 1994, Rubin’s team has introduced over 200 teas, and tea-inspired products. He also owns The Rubin Family of Wines, in Sonoma County, California. Rubin graduated from Culver Military Academy in 1968. 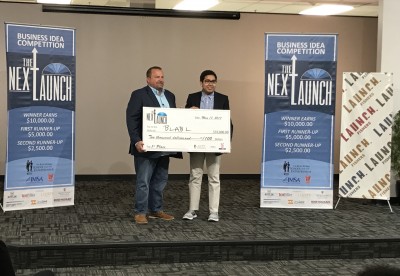 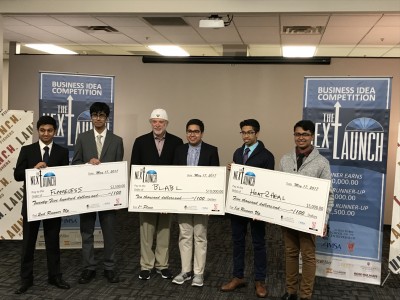