In a Contentious Era, How Do Friends with Different Values Stick Together? Faculty and Student Research Sheds Light 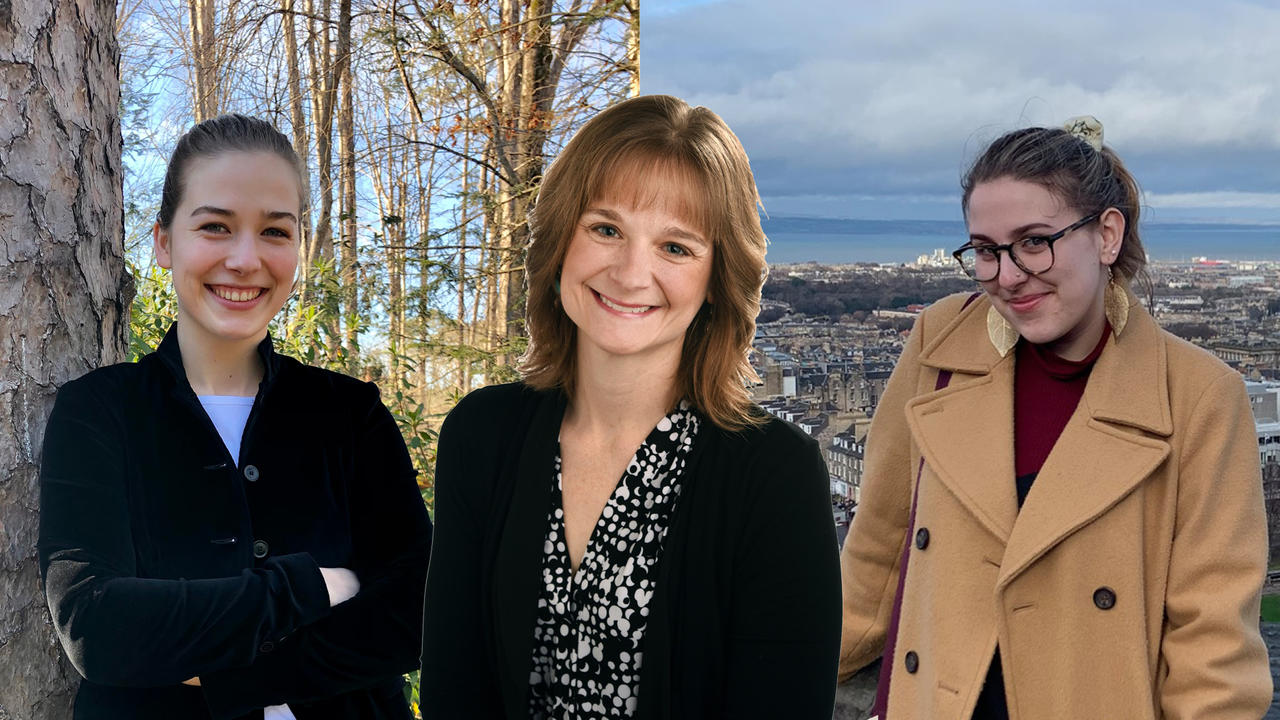 Newswise — Americans are perhaps more polarized today than at any time since the Civil War.

This idea has become ingrained in contemporary American discourse, popping up with increasing frequency in media coverage, in public opinion studies, and in research about how social media and its “filter bubbles” are driving polarization. Relationships among friends and family members have been increasingly strained over the past few years due to strongly felt political differences, and in a CBS News poll following the January 6 attack on the Capitol building, 54 percent of respondents said the biggest threat to our way of life wasn’t economic collapse, natural disasters, or foreign invasion, but fellow Americans.

Still, there are Americans who do maintain relationships across moral and political divides. What makes that sort of cooperation and friendship possible?

That is what Angela Bahns, associate professor of psychology at Wellesley, and her student researchers, Mira Carlinnia ’21 and Olivia Postel ’21, are trying to understand through their research into civil disagreement and “thought diversity,” which Bahns defines as dissimilar views on moral and political issues within friendship pairs.

“This is a major challenge for our country,” Bahns said. “Not just for our democracy, but also for restoring friendly and cooperative relationships among friends, colleagues, neighbors, and family members.”

Supported by the recently created Wellesley Scholar Award, which is dedicated to funding new projects, Bahns, Carlinnia, and Postel are breaking new ground. Social psychologists have studied how diverse friendships can reduce prejudice and the relative appeal of similar attitudes in friendships, but the vast majority of existing research on diverse friendships, Bahns said, is based on race and other social demographic characteristics, such as gender, religion, and nationality. “No one is really thinking about diversity of attitudes and values as a dimension that might be beneficial in friendships, or as something that might confer the same kinds of benefits for relationships that other forms of diversity can provide,” she said.

Postel joined Bahns this summer as part of the Social Sciences Summer Research Program, while Carlinnia joined through the Science Center Summer Research Program. Both were excited by Bahns’ enthusiastic approach. They worked remotely over the summer from their homes, Carlinnia in Asheville, N.C., and Postel in Durham, N.C., meeting several times a week with Bahns via Zoom to coordinate their efforts. They also consulted with Jonathan Cheek, professor of psychology at Wellesley and an expert on psychological measurement.

“Our first goal was to establish thought diversity as a dimension of difference that can positively affect relationships,” Postel said of their project’s evolution. “Moving forward, we want to determine what kind of outcome, positive or negative, was associated with friendship pairs with politically diverse views.” After that, she said, they want to explore ways to reduce prejudice and encourage cooperation among friends who have diverging moral and political views.

To get started, the team made a list of statements (an “item pool”) designed to measure how comfortable people are talking about areas of disagreement with friends. Using the statements, Bahns said, they created a psychological scale to help them “differentiate among people who embrace talking about moral and political disagreements, versus those who actively avoid it.” If a respondent were to agree with the statement, “When a friend and I disagree about politics, I want to talk about our different views,” for example, it would suggest that they were comfortable engaging in disagreement.

Then Bahns and her team interviewed individual participants to test the scale. The more statements the participants agreed with, the farther they would slide on the scale toward embracing moral and political disagreement.

“We conducted a thorough literature review, constructed some initial items for our item pool, and gathered pilot data on our item pool from online respondents we found and connected with through the research platform Testable Minds,” said Carlinnia (university researchers from around the world use the platform to recruit participants for psychological and behavioral studies). “After receiving feedback from Testable Minds respondents on the scale we developed, we made adjustments to it and collected a second and third wave of data using the same process, so that we could further confirm the scale’s reliability and validity.”

The team surveyed about 850 respondents in total. Then they analyzed how effectively the scale measured respondents’ comfort level with disagreement and conducted correlational analyses to show that it wasn’t actually measuring something else, such as personality traits.

In July 2020, Carlinnia and Postel presented an abstract and video on their work as part of the Wellesley Summer Science Fair. This month, they will present at the virtual Society for Personality and Social Psychology Conference.

Next, Postel said, “we want to test the scale in person, and examine whether those who score high in comfort with disagreement are more likely to be found with friends who do not share their political views. We also want to explore the hypothesis that having thought-diverse friends is related to positive friendship outcomes such as satisfaction, closeness, and intimacy.”

Once it is safe to collect data in person, Bahns will send her research team out with clipboards and surveys to interview people in public spaces, looking to find out just what allows people who disagree to remain friends.

Bahns hopes their research will demonstrate that thought diversity can be beneficial in much the same way that interracial friendships can be.

“My ultimate goal is that this research can be the basis of an intervention,” Bahns said. “And if we learn that it is beneficial to have these relationships, we can help educate people and make them aware of the benefits, and hopefully have an avenue to improving cooperation, even if it’s something that’s hard to get comfortable with, even if it may go against what comes easily to people.”

Carlinnia and Postel also want their work to help foster more civil engagement among Americans and encourage bipartisan cooperation, “something which our country is in desperate need of at the moment,” said Carlinnia.

“Disagreements will always be a part of life and politics,” Postel said. “It’s how we approach them that decides whether or not they will be productive, neutral, or destructive. I know it’s idealistic to dream of huge effects from this research, of it being included in education or training, or reshaping politics to be less partisan, but hopefully it can be a part of further research and social efforts for equality, democracy, and reducing prejudice.”