In-Flight Medical Emergencies: What Doctors and Travelers Need to Know 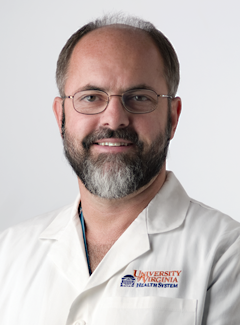 William J. Brady, MD, of the University of Virginia School of Medicine

Newswise — A medical emergency that strikes in mid-air is a scary prospect for any traveler, but it presents a particularly complex situation for physicians and other healthcare providers. In an instant, a doctor could go from nodding off to making medical, ethical and legal decisions that could represent the difference in a fellow passenger’s life or death.

A new article in the prestigious New England Journal of Medicine offers important advice for healthcare providers about how to handle just this situation. And it has valuable takeaways for everyone who flies – tips that could save your life.

Mid-Air Health CrisesThe frequency of mid-air medical emergencies is likely underreported, the article warns. One study suggested that emergencies occur on one in every 604 flights, but there is no mandatory reporting system, so the frequency is likely higher. The most deadly in-flight emergency is cardiac arrest. While cardiac arrest represents only .3 percent of in-flight events, it is responsible for 86 percent of deaths. And that’s despite the mandatory presence of defibrillators, the most essential piece of medical equipment for treating cardiac arrest. For most medical emergencies, a doctor, nurse or EMT may have no equipment at all, almost no space and no assistance.

As such, it’s critical for healthcare providers to plan ahead before a medical emergency occurs, according to the article’s senior author, William J. Brady, MD, of the University of Virginia School of Medicine. “We want physicians to think in advance about the situation. You’re on a small commuter plane, you’re on a large transoceanic flight, whatever. Something happens. Think about the way you’re going to approach that,” he said. “You’re not in your office, you’re not in a hospital, you don’t have equipment, you don’t have room, you don’t have personnel. … It’s a very austere environment.”

Brady noted that there is simply no way for airlines to prepare for every contingency. “The initial reaction of most people, lay people as well as physicians, is, well, let’s just get some medical equipment and put it on the plane. But this is not a medical operation, this is not an air ambulance,” he said. “Having all this equipment in an aircraft really isn’t necessary, and at the least shouldn’t be expected.”

How to Protect YourselfWhile the New England Journal of Medicine article is directed toward healthcare providers, it has an important message for all travelers, Brady said: think ahead and use good judgment. “You need to be intelligent. If you’re not feeling well, if you’re ill, if you’re just getting over an illness, if you’re just developing an illness, if you’ve been injured on the way to the airport or recently, if you’ve just had surgery, in situations like that you need to realize that you’re going up in an environment that can be compromising medically,” he said. “Even with the appropriate cabin pressure, the amount of oxygen that you’re breathing in the aircraft is lower, so there’s a physiologic stress there. There’s the whole anxiety component. There’s the issue of jet lag and time change and all that sort of thing. So there are lots of physiologic issues you have to factor in.”

“Be smart,” he urged. “If you just had surgery, you probably shouldn’t be flying unless you just have to be flying and have medical approval. If you are developing a high fever and a cough and you’re scheduled to fly somewhere, don’t do that. You’re putting yourself and potentially others near you at risk. Don’t get on an aircraft and have a bad event occur just because you’re in a rush to get somewhere.”