In Saliva, Clues to a ‘Ghost’ Species of Ancient Human 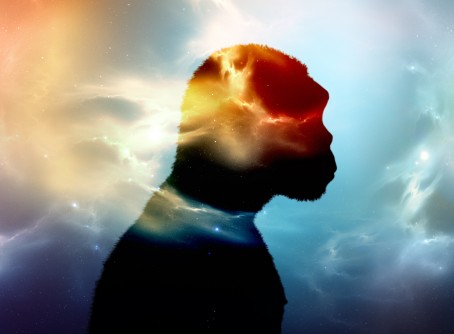 In saliva, scientists have found hints that a “ghost” species of archaic human may have contributed genetic material to ancestors of people living in Sub-Saharan Africa today. The finding comes from a University at Buffalo-led research project that examined the evolutionary history of MUC7, a gene that codes for an important salivary protein of the same name.

In saliva, clues to a ‘ghost’ species of ancient human

Newswise — BUFFALO, N.Y. — In saliva, scientists have found hints that a “ghost” species of archaic humans may have contributed genetic material to ancestors of people living in Sub-Saharan Africa today.

The research adds to a growing body of evidence suggesting that sexual rendezvous between different archaic human species may not have been unusual.

“It seems that interbreeding between different early hominin species is not the exception — it’s the norm,” says Omer Gokcumen, PhD, an assistant professor of biological sciences in the University at Buffalo College of Arts and Sciences.

“Our research traced the evolution of an important mucin protein called MUC7 that is found in saliva,” he says. “When we looked at the history of the gene that codes for the protein, we see the signature of archaic admixture in modern day Sub-Saharan African populations.”

The research was published on July 21 in the journal Molecular Biology and Evolution. The study was led by Gokcumen and Stefan Ruhl, DDS, PhD, a professor of oral biology in UB’s School of Dental Medicine.

A tantalizing clue in saliva
The scientists came upon their findings while researching the purpose and origins of the MUC7 protein, which helps give spit its slimy consistency and binds to microbes, potentially helping to rid the body of disease-causing bacteria.

As part of this investigation, the team examined the MUC7 gene in more than 2,500 modern human genomes. The analysis yielded a surprise: A group of genomes from Sub-Saharan Africa had a version of the gene that was wildly different from versions found in other modern humans.

The Sub-Saharan variant was so distinctive that Neanderthal and Denisovan MUC7 genes matched more closely with those of other modern humans than the Sub-Saharan outlier did.

“Based on our analysis, the most plausible explanation for this extreme variation is archaic introgression — the introduction of genetic material from a ‘ghost’ species of ancient hominins,” Gokcumen says. “This unknown human relative could be a species that has been discovered, such as a subspecies of Homo erectus, or an undiscovered hominin. We call it a ‘ghost’ species because we don’t have the fossils.”

Given the rate that genes mutate during the course of evolution, the team calculated that the ancestors of people who carry the Sub-Saharan MUC7 variant interbred with another ancient human species as recently as 150,000 years ago, after the two species’ evolutionary path diverged from each other some 1.5 to 2 million years ago.

Why MUC7 matters
The scientists were interested in MUC7 because in a previous study they showed that the protein likely evolved to serve an important purpose in humans.

Prior studies by other researchers found that the five-copy version of the gene protected against asthma, but Gokcumen and Ruhl did not see this association when they ran a more detailed analysis.

The new study did conclude, however, that MUC7 appears to influence the makeup of the oral microbiome, the collection of bacteria within the mouth. The evidence for this came from an analysis of biological samples from 130 people, which found that different versions of the MUC7 gene were strongly associated with different oral microbiome compositions.

“From what we know of MUC7, it makes sense that people with different versions of the MUC7 gene could have different oral microbiomes,” Ruhl says. “The MUC7 protein is thought to enhance the ability of saliva to bind to microbes, an important task that may help prevent disease by clearing unwanted bacteria or other pathogens from the mouth.”

In addition to Ruhl and Gokcumen, the research team included Duo “Erica” Xu, the study’s first author and a UB PhD student in biological sciences; Pavlos Pavlidis, PhD, and Nikolaos Alachiotis, PhD, of the Foundation for Research and Technology — Hellas in Greece; Colin Flanagan, a UB undergraduate who has completed his degree in biological sciences; Ran Blekhman, PhD, of the University of Minnesota; and Michael DeGiorgio, PhD, of Pennsylvania State University.

The research was funded primarily by the University at Buffalo Research Foundation, with additional support from InnovCrete and the National Institute of Dental and Craniofacial Research.