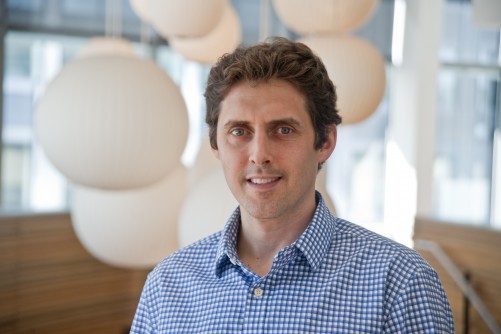 Newswise — Scientists at Seattle Children’s Research Institute have unlocked the ability to engineer B cells, uncovering a potential new cell therapy that could someday prevent and cure disease.

In a paper published in Molecular Therapy, the research team describes how they genetically reprogrammed primary human B cells to act as cell factories capable of delivering sustained, high doses of therapeutic proteins. The gene editing techniques used reprogrammed B plasma cells to secrete a protein that could treat patients with hemophilia B.

Dr. Richard James, a principal investigator in the Center for Immunity and Immunotherapies at Seattle Children’s Research Institute and an author on the paper, discusses the significance of their discovery.

Q: Can you tell us a little more about what led to this discovery and why it’s important?

A: B cells are white blood cells that play a key role in the immune system by producing long-lived plasma cells that release protective antibodies. Our research focuses on understanding how genetic variants associated with certain cancers and autoimmune diseases alter B-cell development. As we applied new gene editing tools to study B-cell biology, we soon discovered that we could genetically manipulate B cells to express and secrete therapeutic, human proteins. It was an unexpected, but exciting finding that opens the door to a new class of cell therapy.

Q:  Can you explain how your team reprogrammed B plasma cells to secrete a protein that could treat patients with hemophilia B?

A: Until now, B cells have resisted gene editing primarily because approaches using non-infectious viruses were not successful in shuttling new genetic instructions into the cells. Such techniques were not able to introduce the desired genetic change at high enough efficiency needed for effective cell therapy. Helping us overcome these obstacles are new tools that guide enzymes to a precise location in the genome. The enzymes then act as genetic scissors to edit – or alter – specific genes so that scientists can repair damage to broken genes, insert new genes or disable harmful ones.

Here, in collaboration with Dr. David Rawlings, a pioneer of several of gene-editing techniques at Seattle Children’s, we used CRISPR/Cas9 technology to efficiently edit specific genes in primary human B cells isolated from blood. We made changes in the cell’s genome to drive both the development of plasma cells and the ability to secrete Factor IX (FIX), a clotting protein missing in individuals with hemophilia B. The resulting plasma cells produced therapeutic levels of FIX in lab cultures. To our knowledge, it’s the first successful attempt to modify plasma cells using this novel technique.

Q: What are the potential clinical applications of a B cell that secretes therapeutic proteins?

A: While future studies first in the lab and then in patients will determine whether the engineered B cells can reverse disease, theoretically they have the potential to provide a cure for patients with protein deficiency diseases like hemophilia B. A long-lasting cell therapy would vastly improve standard hemophilia B treatments, which are costly, non-curative and require lifelong infusions. Our research also suggests the engineered plasma cells could deliver proteins to disarm infectious agents or dampen the overactive immune response seen in autoimmune diseases.

Q: Why are engineered B cells an exciting addition to T-cell and stem cell gene therapies already in the pipeline?

A: Unlike T cells, which have relatively short lifespans, B plasma cells live and produce large amounts of antibody for decades. This means that engineered plasma cells have the potential to release therapeutic doses of proteins over a long period of time. In addition to offering better treatments for protein deficiency diseases, B cells play a role in several autoimmune diseases either by making too much antibody or making the wrong antibody. Increasing our understanding of B-cell function may lead to better treatments for a range of conditions, including rheumatoid arthritis, lupus and graft-versus-host disease.

Q: This study opens the possibility of a new cell therapy. What questions remain about the use of B cells as a curative therapy?

A: There is much more we need to learn about engineered B cells before we can use them to treat disease in humans. This study only began to assess the stability and safety of engineered plasma cells when they are infused back into a living organism. We’ll create models in our lab to study this, as well as track whether the engineered cells home to the bone marrow, the organ where plasma cells normally reside. Another important research area we’ll address is determining the number of engineered plasma cells required to mount an effective therapeutic intervention. Future research aimed at generating answers to these questions will help us fully evaluate the potential of engineered B-cell therapies.