In Sub-Saharan Africa, Cancer Can Be an Infectious Disease 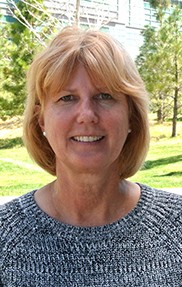 Rosemary Rochford, PhD, shows that women who contract malaria while pregnant may have children with increased risk of Burkitt's lymphoma.

Newswise — In 1963, Irish surgeon Denis Parson Burkitt airmailed samples of an unusual jaw tumor found in Ugandan children to his colleague, Anthony Epstein, at Middlesex Hospital in London. Epstein, an expert in chicken viruses and an early adopter of the electron microscope, cultured the tissue and took a look. What he found has become known as Epstein-Barr virus, the cause of mononucleosis, the “kissing cold”, and also, it turns out, an ingredient of the jaw tumor in which it was originally found, now known as Burkitt’s lymphoma.

“Just imagine the process of shipping tissue samples from Uganda to England in the early 1960s!” says Rosemary Rochford, PhD, investigator at the University of Colorado Cancer Center, professor in the CU School of Medicine Department of Immunology and Microbiology, and author of a new study in the journal Current Opinions in Virology exploring the modern contribution of viruses to cancer in sub-Saharan Africa.

The study asks a simple question: in a melting pot of viruses and cancer, do viruses happen to ride along with cancers or do viruses actually cause the disease? In the case of Epstein-Barr virus and Burkitt’s lymphoma, the question is complicated by the fact that, “everyone has the virus,” says Rochford. “So why do some people get cancer while others do not?”

Rochford centers her research in Kisumu, Kenya, a port city of just over 400,000 on the northeast corner of Lake Victoria. In addition to a near universal rate of infection with Epstein-Barr virus and an unusually high rate of Burkitt’s lymphoma, Kisumu is the land of malaria. A recent study found that 28 percent of Kisumu adults were infected by the malaria parasite and in rural areas – the same areas that produce the most cases of Burkitt’s lymphoma – the chance of getting malaria is much higher.

“We want to know why these kids get this cancer. Because Burkitt’s lymphoma is prevalent in areas with a lot of malaria, we thought maybe it could be associated with malaria infection. But everybody gets malaria, too, so there’s still no answer,” Rochford says.

Here is a clue: In Kisumu and many countries in sub-Saharan Africa, malaria infection occurs year round. Studies by Rochford and others suggest that the children born to women who have malaria during pregnancy are even more predisposed to develop Burkitt’s lymphoma.

“What we think happens is that the risk for these children begins during pregnancy. Usually for most people, the virus is quiet. You never even know you have it. But when you get malaria, the virus reactivates and infects more cells. When mothers get malaria during pregnancy, these malaria-infected cells shed more virus and infants get infected earlier in life. Because they’re infected so early, their immune systems don’t manage the virus the way they should. It’s not just the fact of exposure to Epstein-Barr virus, but the timing of it that matters. These kids with prenatal exposure due to the secondary pressure of malaria are the ones with increased risk,” Rochford says.

One answer to the challenge of virus-associated cancers in Africa would be better and more prevalent use of vaccines. “But because the conditions that allow these viruses to cause cancer aren’t necessarily present to the same extent in the United States, we tend to forget about the problem in Africa,” Rochford says.

She points out that the story of Burkitt’s lymphoma is similar to the story of other virus-associated cancers, including cervical cancer caused by the human papilloma virus (HPV) and Kaposi’s sarcoma caused by the human herpesvirus 8 (HHV8). In fact, in Kisumu, Kaposi’s sarcoma is the most common cancer in men and cervical cancer is the most common cancer in adult women.

“In some parts of Africa, the majority of cancers are caused by infectious agents,” the article writes.

Not so in the United States, where the cancer risk of viruses is far smaller than the risks associated with tobacco and alcohol. In Rochford’s opinion, the fact that few of the cancers that challenge the U.S. population are caused by viruses allows us to overlook and under-research the cancers that are caused by viruses, despite the fact that research has the real potential to offer inroads against some of these virus-associated cancers.

Rochford’s ongoing efforts include an initiative in partnership with the Kenyan government to establish a tumor registry like that in the United States to collect data on the prevalence and distribution of virus-associated cancers in Kenya.

“Really, we don’t know the burden of cancers that are caused by infectious agents in sub-Saharan Africa because of limited cancer registry data,” Rochford says. “What we do know is that treatment is difficult in a resource-poor country, but prevention with vaccines and awareness is a very realistic strategy.”