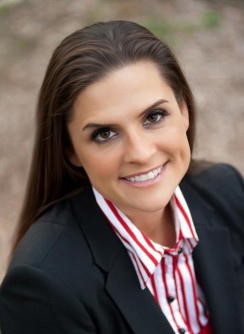 Kristina Durante says humans and other species alike favor their female offspring during times of scarcity.

Newswise — When a family finds itself in tough economic times, parents are likely to be more financially generous to a daughter than to a son. And the reason has to do with something parents often tell their adult children – they really want grandchildren.

“It turns out this desire to have grandchildren steers parents’ decision-making long before their children’s wedding day,” says Kristina Durante, an associate professor of marketing at Rutgers Business School in Newark and New Brunswick and lead author of a study recently published online by the Journal of Consumer Research.

But why would that translate into girls getting a larger inheritance and other financial benefits than their brothers when times are tough?

The reason, Durante explains, is that statistically daughters are more likely to produce grandchildren than sons. Far more men than women go through life without ever procreating, and in tough times the number of men who never find a mate increases, so favoring the daughter becomes a safer bet for the parents that they will get at least one grandchild.

The extraordinary aspect of this calculation is that parents don’t deliberately make it, Durante says. Rather, subtle cues that resources are becoming scarce lead parents to unwittingly, and instinctually, favor girls – whose procreative powers have been proven over thousands of years of human history.

“These are subtle things that are happening when people are exposed to information about scarcity,” Durante says. “And even though we have relative abundance now, there hasn’t been enough time to remove those biases.”

The research involved several experiments, including one in which 629 participants read a news article describing the economy as either improving, getting worse or neutral. The volunteers were then asked to make a will dividing their assets between an imaginary son and daughter.

Time after time during the research – on which Durante collaborated with colleagues at the University of Minnesota’s Carlson School of Management, where she formerly taught – study participants showed a tendency to dedicate more assets to daughters than sons during hard economic times. They did that despite saying they love and treat both children equally. Where they perceived the economy as healthier, girls and boys got the same.

Participants also were more inclined to favor daughters who were near childbearing age – when grandparenthood started to feel very real – compared to younger daughters whose reproductive years were still far in the future.

For Durante, it’s all evidence that “something primal happens in tough economic times.” Extending the family another generation remains job one, whether parents realize it or not. It is true for other species, and also true for humans.

Durante, who as a marketing expert researches how people allocate financial resources, says there is much work to do in understanding how parents make spending decisions on behalf of their children.

“There has not been a great deal of consumer research on how parents decide what to buy for their children,” she says. “Understanding factors that influence parental spending could have a significant impact for marketers in terms of sales planning and forecasting. The research suggests that when the economy is down, people may spend more on products for girls over boys.”