In Vitro Fertilization Linked to Increased Risk of Birth Defects 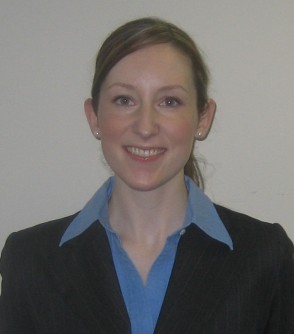 Newswise — In vitro fertilization may significantly increase the risk of birth defects, particularly those of the eyes, heart, reproductive organs and urinary system, according to a new UCLA study.

UCLA researchers presented findings from their abstract, "Congenital Malformations Associated With Assisted Reproductive Technology: A California Statewide Analysis," on Oct. 20 at the American Academy of Pediatrics National Conference and Exhibition in New Orleans.

Despite the increasing use of IVF in the United States, links between birth defects and IVF are poorly understood, the researchers said. The management of birth defects accounts for a large part of pediatric surgical care and demands significant health care resources. According to the Centers for Disease Control and Prevention, California has the highest rate of IVF usage in the United States.

For the study, the researchers looked at infants born in California from 2006 to 2007 following the use of assisted reproductive technologies — fertility treatments involving the manipulation of both eggs and sperm — primarily IVF. They examined the mother's age, race and the number of times she had previously given birth, as well as the infant's gender, year of birth, whether the infant was part of a multiple birth (twins, triplets, etc.) and the presence of major birth defects.

"Our findings included a significant association between the use of assisted reproductive technology, such as certain types of in vitro fertilization, and an increased risk of birth defects," said lead author Dr. Lorraine Kelley-Quon, a general surgery resident at Ronald Reagan UCLA Medical Center, who conducted the research at Mattel Children's Hospital UCLA.

Among the 4,795 infants born after IVF and 46,025 naturally conceived infants with similar maternal demographics examined in the study, the researchers identified 3,463 infants with major birth defects.

They found that birth defects were significantly increased for infants born after IVF, compared with naturally conceived infants (9.0 percent vs. 6.6 percent), even after controlling for maternal factors. Specifically, IVF infants had greater rates of malformations of the eye (0.3 percent vs. 0.2 percent), heart (5.0 percent vs. 3.0 percent) and genitourinary system (1.5 percent vs. 1.0 percent).

Overall, IVF infants' odds of having birth defects were 1.25 times greater than those of naturally conceived infants with similar maternal characteristics.

The researchers also looked at infants born following fertility treatments that, unlike IVF and other assisted reproductive technologies, do not involve the manipulation of both eggs and sperm, including artificial insemination and ovulation induction. They found that the risk of birth defects for these infants was not significant.

"For parents considering in vitro fertilization or other forms of assisted reproductive technology, it is important that they understand and discuss with their doctor the potential risks of the procedure before making a decision," said Kelley-Quon.

The study was funded by the Robert Wood Johnson Foundation Clinical Scholars Program.

The authors have no financial ties to disclose.