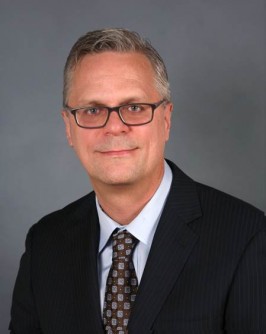 Newswise — Bradley Scott Peterson, MD, has been named the inaugural director of the Institute for the Developing Mind (IDM) at The Saban Research Institute of Children’s Hospital Los Angeles, effective July 1. Peterson is currently director of the Center for Developmental Neuropsychiatry at Columbia University. An accomplished scientist and academic researcher, his work has broadly focused on child neuropsychiatry and improving the health of children with disabilities and neurodevelopmental disorders.

The Institute for the Developing Mind has been established to fulfill the need for expanding research efforts, development of new research technologies, and education of a new generation of interdisciplinary clinicians and scientists – all working to discover new diagnostics, identify risk factors, and develop innovative biomedical, behavioral and educational treatment strategies for childhood brain disorders.

“The Institute for the Developing Mind is committed to being a world-class research center, dedicated to developing new approaches to prevent, diagnose and treat acquired and inherited neurodevelopmental disorders,” said Richard D. Cordova, FACHE, President and CEO of Children’s Hospital Los Angeles. “Dr. Peterson’s vast experience as a scientist, physician, teacher and mentor will provide the institute with the transformative leadership to establish a comprehensive program of interdisciplinary research, education, training and clinical services at Children’s Hospital Los Angeles.”

Peterson’s research interests are concerned primarily with the applications of neuroimaging to the study of serious developmental neuropsychiatric disorders, including Tourette syndrome, ADHD, OCD, autism, bipolar disorder, depression, prenatal toxin exposures and premature birth. His imaging studies integrate measures of brain structure and function with genetic, neurochemical, behavioral, neuropsychological and clinical measures to define disease processes and therapeutic responses in large samples of children and adults. "At The Saban Research Institute of CHLA, our goal is to foster research to advance new knowledge regarding the developmental origins of health and disease, and use this information to improve the lives of children and the adults they will become,” said D. Brent Polk, MD, Chair of Pediatrics and director of The Saban Research Institute. “With his extensive expertise in neuroimaging and neurodevelopment, I am confident that Dr. Peterson will position Children's Hospital Los Angeles and its new Institute for the Developing Mind at the forefront of academic research and clinical care for children with neurodevelopmental disorders."

His work at Columbia’s Pediatric Brain Imaging Laboratory has aimed to identify the brain bases of childhood psychiatric disorders and to map the complex pathways between the genetic and environmental influences that can trigger the onset of cognitive disorders or adversely alter their course.

Dr. Peterson earned his medical degree from the University of Wisconsin School of Medicine and Public Health in 1987. He then completed a two-year residency in general psychiatry at Massachusetts General Hospital (1988-1990), a National Institute of Mental Health postdoctoral research fellowship at the Yale Child Study Center (1990-1992) and a clinical fellowship in child psychiatry at Yale (1992-1994).

He stayed at Yale University until 2001; during this time, he served as director of Neuroimaging at the Yale Child Study Center for eight years, leading brain-imaging research for children with neurodevelopmental disorders. He was appointed assistant professor in Child Psychiatry in 1994; was granted a named professorship in 1996; became an assistant professor in Diagnostic Imaging in 1999; and was promoted to associate professor both in Child Psychiatry and Diagnostic Imaging in 2000.

He is Board-certified in both general psychiatry, and child and adolescent psychiatry, and is the author of 246 peer-reviewed articles, with 164 as first or senior author, as well as numerous books and chapters. He has mentored more than 41 postdoctoral fellows as well as 22 assistant professors.

As faculty in the Department of Pediatrics’ Division of Research on Children, Youth and Families at CHLA, he will also have a secondary appointment in the Department of Psychiatry at the Keck School of Medicine of the University of Southern California (USC), in which he will serve as the director of the Division of Child and Adolescent Psychiatry.