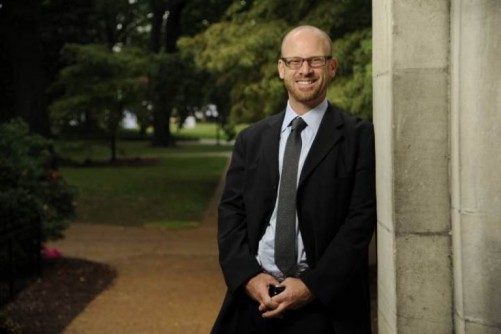 [Media Note: Vanderbilt has a 24/7 TV and radio studio with a dedicated fiber optic line for HD and SD video and ISDN line. Use of the TV studio with Vanderbilt experts is free, except for reserving fiber time.]

Traditionally, U.S. physicians are trained to diagnose their patients’ illnesses through attention to biological systems. But Metzl, director of Vanderbilt’s Center for Medicine, Health, and Society, and Hansen, a professor of psychiatry and anthropology at New York University, contend that training in biology alone leaves doctors woefully unprepared for understanding how people’s health is determined as much by their zip code as their genetic code.

Writing in the February issue of Social Science and Medicine, Metzl and Hansen introduce a novel, five-step way of training physicians based on a method called “structural competency.” Structural competency teaches doctors to better recognize how medical issues such as hypertension, depression and obesity sometimes represent the downstream effects of societal decisions about such factors as food distribution networks, transit systems, or urban or rural infrastructure. And it promotes societal engagement “beyond the walls of the clinic” by the medical profession.

Metzl and Hansen write that “the politics of the present moment challenge cultural competency’s basic premise: that having a culturally sensitive clinician reduces patients’ overall experience of stigma or improves health outcomes.” Instead, they argue that cross-cultural communication needs to be paired with the trained skill to recognize how “structural” factors impact health outcomes - and with recognition that helping people “medically” must sometimes also involve improving their lives economically and socially.

The paper ultimately argues that increasing recognition of the ways in which social and economic forces produce illness needs to be better coupled with medical models for social change. “The competency that results from such efforts helps clinicians develop, not the hubris of mastery, but the humility to recognize the complexity of the structural constraints that patients and doctors operate within,” Metzl and Hansen write.