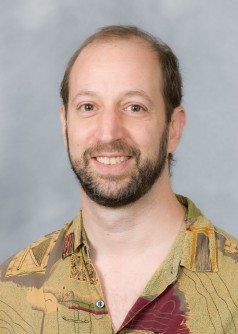 Newswise — Leaving behind “Leave it to Beaver” as a family model has helped men become better dads, said Andrew Smiler, an assistant professor of psychology at Wake Forest University who studies men and masculinity.

Several decades of encouraging equality have paved the way for the changing role of fathers. Studies of undergraduates have shown that men (and women) became more egalitarian from the 1970s through the 1990s.

“Since the 1970s, we’ve been raising our kids with the idea that women can do anything, including having any career they want,” Smiler said. Over the last 10 years, we’ve gotten used to seeing women as CEOs, secretary of state, and even heads of state. That shift has influenced men and their ideas about fatherhood.

“Many men have also begun to express a desire for greater connection to their fathers and, in turn, have sought to ‘do’ fatherhood differently for their kids,” he said. “They don’t want to be that emotionally distant dad whose conversations only last for three minutes.”

The combination has led to the more involved father model that has become the norm. “This new generation of fathers is much more interested in being present at kids’ activities and has much less focus on primarily holding the provider and disciplinarian roles,” Smiler said. Many strive to create an emotional connection with their children.“

The change has definite benefits for boys and girls.

For children, having more involved parents helps them, in general, do better, says Smiler, who is a developmental psychologist. Stronger connections to mothers and fathers increase the likelihood of graduating from high school and reduce the chances of delinquency and drug use.

Men have always valued their roles as fathers, and it’s a point of pride for most men, Smiler said. “At the same time, the definition of a ‘good father‘ seems to have changed, so exactly what guys are proud of or brag about may be somewhat different, and they often have much more personal, first-hand knowledge of their children’s day-to-day lives.”

As girls participate in a wider range of activities and dads participate more actively with them, that shift has in turn shaped the evolving role of fathers.

“Given the choice, I think more guys would choose an afternoon at the ballpark with their daughter over an afternoon of clothes shopping,“ Smiler said. “We know that meaningful conversations often arise spontaneously during other activities, especially longer ones, so having a broader variety of shared activities increases the opportunity for these talks.” Dads benefit in other ways from stronger connections to their children, too.

The shift in fathers’ roles has also made becoming a stay-at-home dad more socially acceptable. “Given that about 75 percent of the jobs lost in the current recession were to men, and mostly in ‘traditional male fields,’ their willingness to be the primary caregiver because there are so few jobs available takes some pressure off those struggling families.”

The increasing number of stay-at-home fathers, now more than 10 percent, is also possible “because there are more women in professional positions who can function as sole income providers.”

One down side to the new role for dads is increased work and family conflict. As fathers are trying to make it to more soccer games and school events or pick children up on time from daycare, today’s dads struggle more with balancing work and family time.

“With the old model of father as breadwinner, the conflict was not as obvious,” Smiler said.

In the Home Summer