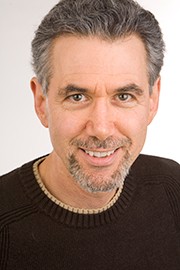 Jeff Cohen, Director of the Park Center for Independent Media at Ithaca College

Newswise — “In the first days of the Occupy Wall Street movement, mainstream media coverage was frequently denigrating, if there was any coverage at all,” said Jeff Cohen, an associate professor of journalism and director of the Park Center for Independent Media at Ithaca College. “That contrasts sharply with the more recent mainstream coverage, which has often treated the protests as a serious phenomenon with significant public sympathy.”

The movement began on September 17 in Zuccotti Park (aka Liberty Square) in lower Manhattan, with participants primarily protesting against economic inequality, corporate greed and the influence of corporate money and lobbyists on government. Cohen says the turning point in media coverage came about a week later, when the pepper-spraying of young protesters by police was captured on cell phone video and unions representing thousands of workers threw their support behind the demonstrators.

Cohen, whose books include “Cable News Confidential: My Misadventures in Corporate Media” and “Wizards of Media Oz: Behind the Curtain of Mainstream News,” founded the media watchdog group FAIR (Fairness & Accuracy in Reporting) in 1986. He was a daily commentator on MSNBC in 2002, a weekly panelist on the Fox News Channel’s “News Watch” from 1997–2002, and a cohost of CNN’s “Crossfire” in 1996.

Cohen has spent some time observing at both the original Liberty Square encampment and at the Washington, D.C., protests the movement has inspired. He says that throughout U.S. history, social upheaval has given rise to independent media, so it’s no surprise that Occupy Wall Street has spawned its own newspaper, live-streaming video and website. And while the networks and newspapers are now covering the story, Cohen says the young people most involved in it are primarily getting their information elsewhere.

“Social movements create their own media and lean on independent outlets when mainstream news coverage is negative or hostile,” said Cohen. “Outlets such as ‘Democracy Now!’ and other members of the Media Consortium have been reporting on the rise of this movement in lower Manhattan from the beginning, and the spread of related protests across the country. It’s clear that young people interested in the movement are seeking out images, video and text emanating directly from the protests — not from mainstream news sources.”

Based in the Roy H. Park School of Communications, the Park Center for Independent Media (PCIM) studies the growing independent media sector, encourages career paths inside independent outlets and examines the impact that maverick, entrepreneurial and independent institutions are having on journalism, politics and culture.