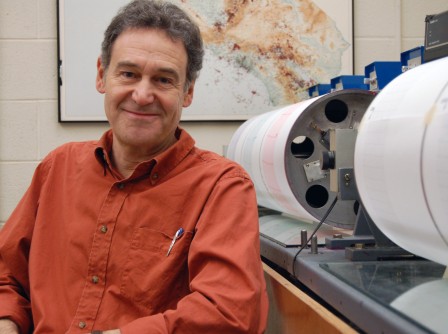 BLOOMINGTON, Ind. -- Saturday's devastating earthquake in Nepal has claimed more than 4,000 lives and left historic areas of the country in ruins. Faculty members in the Indiana University School of Global and International Studies and the IU College of Arts and Sciences are available to offer perspectives.

Indiana University and its Asian Culture Center are planning an event to express support for and solidarity with the victims of the disastrous earthquake in Nepal. "IU 4 Nepal" is a forum and candlelight vigil starting at 7 p.m. Thursday. A location will be announced later. The forum will highlight relief efforts and provide political, cultural, historical and scientific background, as well as economic concerns. The candlelight vigil will include readings by writers whose work has been influenced by Nepal. For details, check Asian Culture Center's website or an IU4Nepal Facebook page.

An official Nepal Earthquake Relief Fund has been established at www.globalgiving.org. IU students are also developing a crowd-funding project with Indiegogo.com. More information is forthcoming.

The earthquake may have been shocking in its devastation, but it did not come as a surprise, said Michael Hamburger, professor of geological sciences in the IU Bloomington College of Arts and Sciences whose research areas include seismic processes and earthquake hazards.

“The earthquake that devastated Nepal this weekend was an anticipated disaster,” Hamburger said. “Seismologists have been aware for decades that the ongoing convergence between the Indian and Eurasian plates is accommodated along a major fault near the foothills of the Himalayas. The earthquake that struck on Saturday morning was one of these rare ‘megathrust earthquakes’ that release decades of accumulated stress along the plate boundary.”

Hamburger and other IU geologists are collaborating with the U.S. Geological Survey on a project to assess the likelihood that strong earthquakes around the globe will trigger landslides and other damaging effects. He is co-author of a paper that develops a statistical model for assessing the probability of quake-initiated landslides. IU Ph.D. student Anna Nowicki was lead author of the paper.

“The strong shaking produced by the earthquake, together with the high population density and the mountainous terrain, almost guarantees widespread secondary effects, including landslides, avalanches and liquefaction,” he said. “As information comes in from outlying areas, we will undoubtedly see more of these secondary impacts of the earthquake."