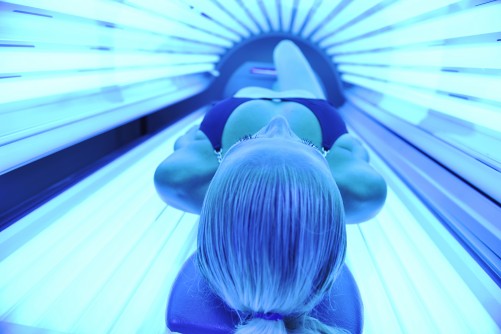 Newswise — New Brunswick, N.J., July 20, 2016 – Research from Rutgers Cancer Institute of New Jersey and Rutgers School of Public Health shows no significant decline in indoor tanning rates among children under age 17 following a ban on such use in New Jersey enacted in 2013. The authors say it’s a finding that underscores a need for continued surveillance of this population and ongoing monitoring of indoor tanning facilities. The work, which appears in the latest edition of the Journal of the American Academy of Dermatology (http://dx.doi.org/10.1016/j.jaad.2016.03.040), also found an increase in tanning rates among male high school students in the Garden State from 2012 to 2014.

Indoor tanning exposes users to damaging ultraviolet rays, which can lead to skin cancer. According to the Centers for Disease Control and Prevention, this practice is particularly dangerous for those who begin indoor tanning in their teens or early adulthood, as it puts them at a higher risk of developing melanoma, the deadliest of all skin cancers. On October 1, 2013, commercial indoor tanning was banned in New Jersey for those under 17 years of age. Investigators sought to examine whether there was a difference in indoor tanning use by New Jersey high school students after the state restriction was enacted.

Data for the study were drawn from the 2012 and 2014 New Jersey Youth Tobacco Surveys, in which a combined 5,700 public school students in grades nine through 12 in New Jersey participated. While the surveys primarily focused on tobacco-related issues, they also included several questions related to indoor tanning. Along with providing demographic information pertaining to sex, age and race/ethnicity, survey participants reported the number of times they engaged in indoor tanning in the previous year. The 2014 survey captured results during the period when the under-17 ban in New Jersey was in effect.

“The fact that indoor tanning rates among New Jersey high school students under age 17 did not significantly decline after an age restriction was enacted is cause for concern and speaks to the need for ongoing surveillance of indoor tanning rates for this population. These results also highlight a need for continued monitoring of tanning facility operators to ensure they are adhering to the age restrictions put in place,” notes Elliot J. Coups, PhD, behavioral scientist at Rutgers Cancer Institute and associate professor of medicine at Rutgers Robert Wood Johnson Medical School, who is the lead author. “Additionally, the increase in tanning rates among male high school students in New Jersey during the survey period underlines the importance of implementing public health programs targeting varying demographic groups.”

The authors also note the use of indoor tanning devices in private homes is not subject to age restrictions but should be addressed by future legislation. “Future research is needed to examine youth indoor tanning behaviors, including a focus on the settings in which they tan and the impact of legislative and educational initiatives on such behaviors,” adds Dr. Coups.

The 2012 and 2014 New Jersey Youth Tobacco Surveys, from which data for this study were drawn, were funded by a contract from the New Jersey Department of Health to the Center for Tobacco Studies at Rutgers School of Public Health.

About Rutgers School of Public HealthThe Rutgers School of Public Health provides an exceptional, high-quality education that is accessible, affordable and designed to accommodate both working professionals and full-time students. The School offers five degrees, including the Master of Public Health (MPH), an MS in Biostatistics, an MS in Health Outcome, Policy, and Economics, a PhD in Public Health and the Doctor of Public Health (DrPH), as well as a number of dual degrees and post-baccalaureate certificates. With educational opportunities offered in New Brunswick and Newark, the School is conveniently accessible across the state. There are eight concentration areas, including Biostatistics, Dental Public Health, Environmental and Occupational Health, Epidemiology, Global Public Health, Health Education and Behavioral Science, Health Systems and Policy, and Urban Health Administration. Students have opportunities to participate in leading public health research and can put their public health education into practice through participation in the School’s international health or community service projects. Numerous continuing education opportunities for public health professionals are also available.

Journal of the American Academy of Dermatology, July 2016