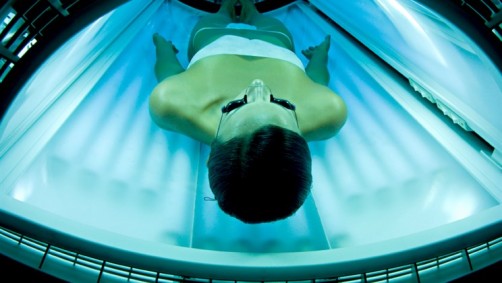 Use of Tanning Salons by Minors

Newswise — Despite legislation prohibiting the use of ultraviolet (UV) indoor tanning facilities by minors, one in every five tanning salons in United States where such bans are in place stated over the phone that they would allow an underage caller to do so. Many other salons provide inaccurate health information about indoor tanning, a new study led by the Yale School of Public Health finds.

Leah M. Ferrucci, Ph.D., associate research scientist at the Yale School of Public Health, and her team set out to assess compliance with these bans, and whether tanning salons provided accurate health information about the dangers and benefits attached to these services. To do so, research assistants posing as potential underage clients phoned tanning salons in 13 states—Connecticut, New York, California, Delaware, Hawaii, Illinois, Louisiana, Minnesota, Nevada, Oregon, Texas, Vermont, Washington—and the District of Columbia. These states have bans in place prohibiting people younger than either 17 or 18 years from using indoor tanning facilities at the time the research was conducted.

“While most businesses followed the indoor tanning ban when a minor called, one-fifth did not. Many stated inaccurate health claims,” Ferrucci said. The study’s results are published in the journal Translational Behavioral Medicine.

Of the 412 respondents, 19.9 percent stated they would provide the service to the minor caller. Fifty-one (12.4 percent) respondents replied with an outright “yes,” while 31 (7.5 percent) said that it depended, or that a minor could do so with permission from an authorized health professional or guardian. Businesses in the Southern parts of the United States had the lowest compliance, with 28.7 percent willing to let a minor use their services. Compliance was highest (87.9 percent) in states where bans have been in place for at least two years.

Research has shown that indoor tanning increases a person’s risk of developing different types of skin cancer. In the United States alone, up to 400 000 skin cancer cases are attributed to indoor tanning. The risk of contracting the disease is higher for people who have been using such facilities frequently from a young age. Public health campaigns are underway to raise awareness about possible dangers among young people, while some states and cities have introduced bans prohibiting minors from using indoor tanning facilities.

The study also found that some tanning businesses provide false or misleading information about the health implications of indoor tanning. Vitamin D production, cosmetic reasons and treatment of skin diseases were commonly claimed as benefits, while 10 percent of respondents denied any dangers associated with the practice of indoor tanning. Only 20.1 percent said it could potentially cause skin cancer.

“Enacting well-crafted age-restriction laws to maximize compliance through enforcement of penalties on the state level and moving towards a national ban with similar accompanying strong enforcement as proposed by many national and international health organizations are essential to reduce skin cancer risk in the vulnerable youth population,” Ferrucci added.