Infant straining: Why your baby’s crying is actually a good thing 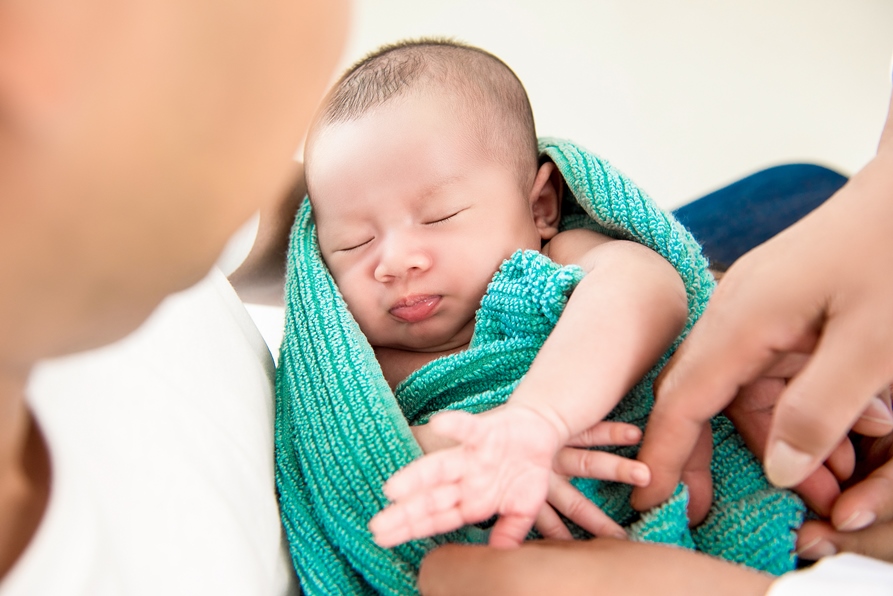 It takes them a little while after they’re born to get the hang of it.

“Some babies get it right offhand, whereas with some babies, it’s a longer learning curve,” says Christina L. Shuja, NP-C, a certified nurse practitioner for LifeBridge Health’s Center for Happier Infants (CHI) program.

You may notice your baby straining or grunting for about 10 minutes or so several times a day while he or she is in the learning phase, which (especially if you’re new at this parenting thing) can appear as though your little one is constipated or in some pain.

Defecating (or pooping) involves the coordination of two opposite forces: contraction of the abdominal muscles and relaxation of the pelvic floor.

“You can see how those two opposite forces, if they don’t happen in synch, it’s going to be a messy learning curve. But once they get it, then they’re fine,” Shuja says.

Your baby may turn red in the face and cry as if he or she is experiencing pain when they actually aren’t. The crying, in fact, helps to contract the abdominal muscles involved with defecating, Shuja says. (Babies usually pass soft stool.)

Often, pediatricians—particularly if parents are worried their baby is constipated—will prescribe stool softeners for infantile dyschezia. But the best thing to do is to just let babies work through the process of learning how to defecate on their own. “There’s a lot of misconception with this condition. It’s really just the baby needs to work through that urge to go the bathroom, and then they’ll become more efficient at it,” Shuja says.

In addition to stool softeners and laxatives, you should avoid rectal stimulation (such as with rectal thermometers and suppositories). There are no treatments specifically for helping babies learn how to defecate, but it is ok to try warm baths and wash cloths to help relax your baby’s pelvic floor, Shuja says.