Inhaling a Heart Attack: How Air Pollution Can Cause Heart Disease 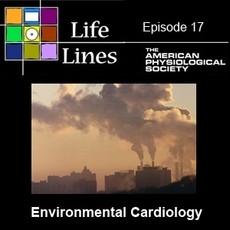 Newswise — We are used to thinking of heart disease as a product of genetic factors or lifestyle choices, such as what we eat and how much we exercise. There is another road to heart disease: breathing.

Aruni Bhatnagar of the University of Louisville and Robert Brook of the University of Michigan have organized a symposium Environmental Factors in Heart Disease, to take place April 21 at the Experimental Biology conference in New Orleans. The American Physiological Society is one of the sponsors of the annual conference. Dr. Bhatnagar will speak on Environmental aldehydes exposure and cardiovascular disease, while Dr. Brook will give a talk on Environmental pollution and hypertension. In addition, Araujo Jesus of UCLA will speak on Exacerbation of experimental atherogenesis by ultrafine air pollution, and Murray Mittleman of the Harvard School of Public Health will speak on Air pollution and stroke.

There have been a number of studies connecting pollution with heart disease:

"¢ A study of six U.S. cities found that people died earlier when they lived in cities with higher pollution levels. A majority of these deaths were due to heart disease."¢ A study of 250 metropolitan areas around the world found a spike in air pollution is followed by a spike in heart attacks."¢ A study in Salt Lake City found that when a nearby steel mill shut down for a period of months, there was a 4-6% drop in mortality. The mortality rose to previous levels when the steel mill reopened.

Researchers are trying to find out which pollutants are harmful and how the harmful pollutants work to damage the cardiovascular system. They have focused on smaller, microscopic particles that can get into the lungs and may gain entrance to the blood stream. (The upper airway filters out larger particles that are in smog and other air pollutants before they can cause a problem.)

In addition, researchers have focused on air pollutants, including:

One intriguing statistic is that the risk of heart attack increases in parallel with time spent in traffic the previous day. In animal experiments, Dr. Bhatnagar has found that aldehydes -- a toxic class of chemicals found in most forms of smoke, including cigarette smoke and car exhaust -- increase blood cholesterol levels and activate enzymes that cause plaque in the blood vessels to rupture. When plaque ruptures, it can cause a blood clot, which may block an artery and lead to a heart attack.

Much of Robert Brook's research has centered on the relationship between air pollution and hypertension. Fine- and ultra-fine particles that get into the lung may make their way into the blood vessels. Within 15 minutes of inhaling pollutants, there is a very rapid increase in blood pressure, he said.

If you live in an area where pollution levels may be high, you can take steps to reduce the risk of air pollution, Dr. Brook said. During times when air quality is unhealthy, exercise indoors, because indoor air is filtered. If you exercise outdoors, particularly if you're at risk for heart disease, do it when pollutants are at lower levels. Avoid peak traffic times.

The work in environmental cardiology goes on and these researchers, and others, will gather together at Experimental Biology to share their ideas and research findings and plan the next steps in fighting environmental heart disease.

A fuller audio interview is available in Episode 17 of the APS podcast, Life Lines, at: http://media.libsyn.com/media/lifelines/Episode_17_Environmental_Cardiology.mp3. You can also find out more about the symposium at: http://www.the-aps.org/meetings/eb09/abs/cvs-bhatnager.htm.

Physiology is the study of how molecules, cells, tissues and organs function to create health or disease. The American Physiological Society (APS) has been an integral part of this scientific discovery process since it was established in 1887.