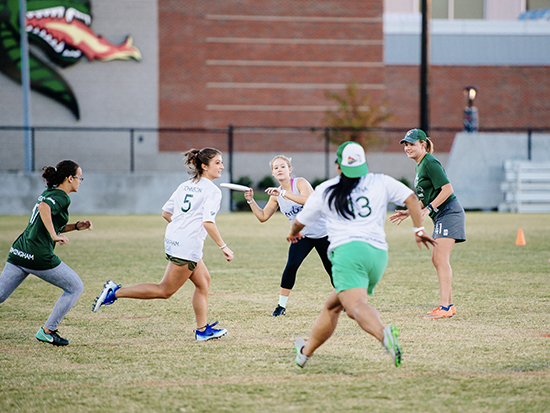 Ultimate is a popular sport on college campuses 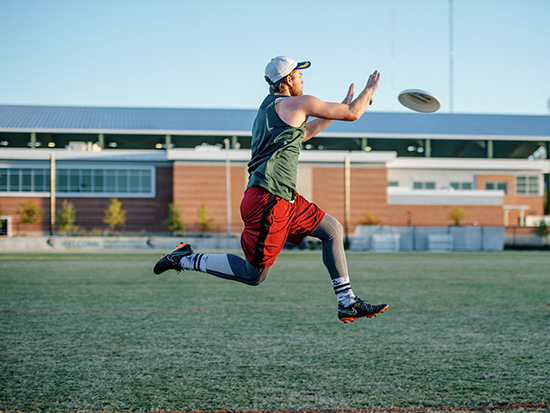 A UAB study of injury rates sustained by professional Ultimate players lays the groundwork for better understanding of injury risk as well as prevention strategies for the sport. 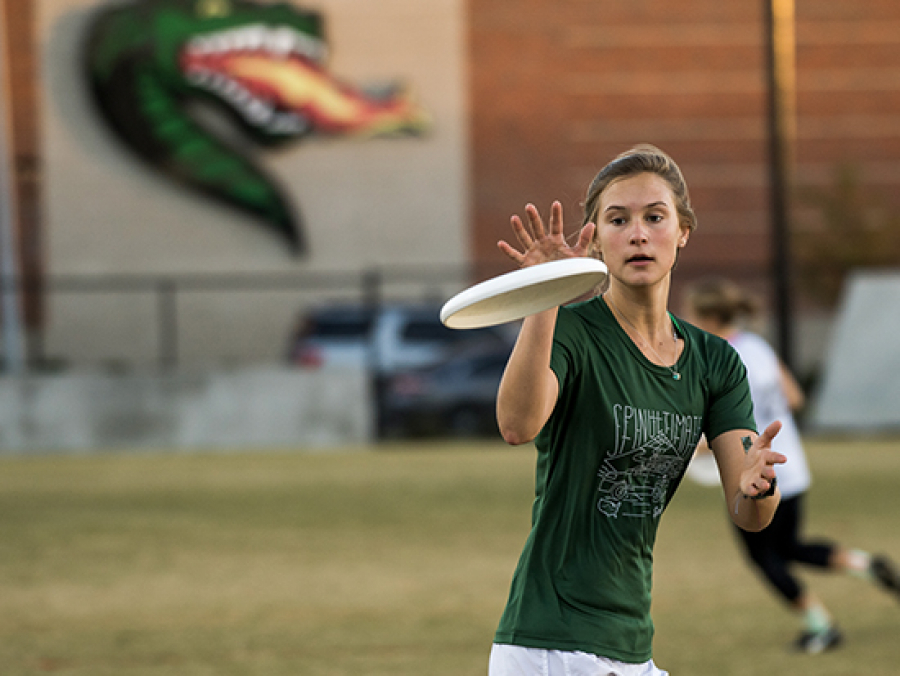 Newswise — BIRMINGHAM, Ala. – Researchers at the University of Alabama at Birmingham have published what they believe is the first look by medical science at injury rates of professional athletes from Ultimate, originally known as Ultimate Frisbee™, an athletic activity played with flying discs.

Ultimate is an increasingly popular sport, combining elements of soccer and football in fast-paced action in which teams attempt to score by completing passes with a flying disc. It is played in more than 80 countries by an estimated 7 million participants.

“To our knowledge, no one had done a study of injury types or frequency among professional Ultimate players, and the data around injuries in the sport as a whole is quite scarce,” said Matt Hess, M.D., a resident in the Department of Orthopaedic Surgery at UAB and the study’s first author. “Knowing injury patterns is essential to devising prevention strategies.”

Understanding and preventing injuries is important, especially as Ultimate continues to gain in popularity, particularly among children and young adults.

“Ultimate involves a lot of running, with quick starts and stops and a high potential risk of injury as a result,” Hess said. “Without a systematic study of injury rates, there is no way to know what types of injuries are most likely to occur, how severe those injuries are likely to be and, most importantly, what can be done to minimize the risk.”

The UAB research team collaborated with 16 all-male professional teams from the American Ultimate Disc League during the 2017 season. The study design modeled earlier studies led by David Swedler, Ph.D., from Pacific Institute for Research and Evaluation, and a co-author of the paper, along with studies done by the NCAA and professional leagues in other sports. The findings were published online in the Journal of Athletic Training.

Injuries incidence rates were calculated as injuries per 1,000 athlete-exposures, or AEs. An AE is defined as one athlete participating in one game or practice session.

Some 299 injuries were observed in 8,963 AEs, for an injury rate of 33.36 per 1,000 AEs, comparable with those of similar collegiate- and professional-level sports. The most common injuries were lower-extremity injuries, 13 percent were thigh-muscle strains, and 11 percent were ankle-ligament strains. Running accounted for 32 percent of all injuries. Collisions were responsible for 29 percent of injuries; however the concussion rate was low, at only 0.22 per 1,000 AEs.

“The types of injuries and their frequency are not surprising, although the relatively lower concussion rate is intriguing and will need to be further investigated with each subsequent season of data collection,” said Will Brabston, M.D., assistant professor of orthopaedics and senior author of the paper. “The key is we now have quantifiable data, which we can use to spot trends. We can look for ways to intervene to prevent or reduce the incidence of the most common injuries. Those could take the form of protective gear, or rule changes to reduce collision risk.”

Hess says the current paper is based on analysis of the 2017 data, but the research team has continued collecting injury data from the league during the 2018 and 2019 seasons and now in the 2020 season. Data collected over time will help medical professionals make determinations on reasonable expectations following injury, such as how long a player should be held out of action following a particular injury.

Hess has firsthand anecdotal information on Ultimate injuries. He has been playing the sport for years, in high school, college and during medical school. Not, unfortunately, without incident.

“I tore both anterior cruciate ligaments and dislocated both shoulders,” he recalled. “And I saw my fellow teammates and other players suffer injuries, so I began to get interested in those types of injuries. It actually helped lead me to pursue orthopaedics as a career. My mentor, Dr. Brabston, had also played Ultimate in college, and our shared experiences are what led to the study.”

Ultimate is one of the competitive sports of the World Games, which will be held in Birmingham in 2021. The international governing body, the World Flying Disc Federation, represents 59 member associations in 56 countries. Ultimate was developed in 1968 by a group of students at Columbia High School in Maplewood, New Jersey.

The UAB Sports Medicine Clinic provides a broad range of care including non-surgical evaluation to surgical management of complex injuries for professional, collegiate and amateur athletes. Athletes are treated in a comprehensive fashion, with the goal of allowing them to return safely and as soon as possible to activity. Appointments for Orthopaedic Sports Medicine can be made at 205-930-8339 and for Family and Sports Medicine at 205-934-9700.

Besides Hess, Brabston and Swedler, co-authors on the study are Christine Collins and Brent Ponce, M.D.

Caption: Ultimate is a popular sport on college campuses

Caption: A UAB study of injury rates sustained by professional Ultimate players lays the groundwork for better understanding of injury risk as well as prevention strategies for the sport.