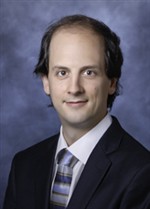 The honor includes a $50,000 research award to support Rutishauser’s “innovative experimental and computational studies to understand human perception and memory,” according to the academy, which says Troland Research Awards are presented each year to two investigators age 40 or younger to “recognize unusual achievement and further empirical research in psychology regarding the relationships of consciousness and the physical world.”

Unlike many other research awards, the Troland Research Awards have no application process; they are given to scientists whose innovative work has come to the academy’s attention through nominations.

“I feel extremely honored to be listed among the select group of scientists who have received this award,” said Rutishauser, whose research centers on nerve cell mechanisms in brain structures that are involved in learning, memory and decision-making.

He helped pioneer the technique of recording the activity of single neurons in the brain, and he and the researchers in his laboratory work to advance the hardware, software, methods and surgical techniques that make these studies possible. In close collaboration with Adam Mamelak, MD, professor of neurosurgery and director of the Functional Neurosurgery Program at Cedars-Sinai, Rutishauser’s group capitalizes on rare neurosurgical situations to advance knowledge of the human nervous system.

In recent work, he has recorded nerve cell activity in the hippocampus, a brain structure important for long-term memory and spatial navigation. Other recent studies have focused on the amygdala, which is critical for face recognition and processing of emotions. Research findings have contributed to the understanding of autism and learning disorders and impairments resulting from epilepsy and other disorders.

Rutishauser and colleagues recently published an article on a first-of-its-kind study in which single neurons in the amygdala were recorded in patients with autism, a complex disorder of brain development that affects social interactions, communication skills and behaviors. Many studies have found that people with autism fail to focus on the eye regions of others to gather social cues and process information about emotions. Rutishauser’s research found that a subset of neurons was abnormally sensitive to the mouth region rather than the eyes. This article followed several others on neural activity and processing of cues from facial expressions.

In a 2010 article, Rutishauser reported that when memory-related neurons “fire” in a coordinated way with certain brain waves, the resulting image recognition and memories are stronger than if this synchronization does not occur. Synchronization is influenced by “theta waves,” which are associated with relaxation, daydreaming and drowsiness but also with learning and memory formation. The study spotlighted a mechanism by which this state of mind allows neurons to work together to improve memory retention.

Rutishauser’s team also creates computer-based, theoretical constructs to simulate the architecture, connectivity and complex microcircuits that exist in the brain. These studies seek to further conceptual insight beyond experimental findings, leading to an understanding of how nerve cell networks may be organized, how they interact and how they function.

“This award confirms our vision for Cedars-Sinai neurosciences: to lead the way in pioneering new understanding and new treatments for neurological diseases, the most common and feared causes of human disability,” said Patrick Lyden, MD, chair of the Department of Neurology, director of the Stroke Program and the Carmen and Louis Warschaw Chair in Neurology. “Dr. Rutishauser is a talented rising star who will change the way we think about brain diseases.”

Rutishauser’s scientific curiosity and keen intellect make him an ideal candidate for a Troland Award, according to Keith Black, MD, chair of the Department of Neurosurgery, director of the Maxine Dunitz Neurosurgical Institute, director of the Cochran Brain Tumor Center and the Ruth and Lawrence Harvey Chair in Neuroscience. “Dr. Rutishauser already has made significant contributions to our understanding of the way the brain processes information, and we anticipate seeing many more important discoveries during the course of his career. We appreciate his inventiveness and applaud the National Academy of Sciences for recognizing it also.”

Rutishauser, who earned his PhD in computation and neural systems at the California Institute of Technology and completed a postdoctoral fellowship at the Max Planck Institute for Brain Research in Germany, previously received Caltech’s Ferguson Award and the American Epilepsy Society Young Investigator Award. He also holds a visiting faculty appointment at Caltech.

The Troland Research Awards were established at the NAS in honor of the late American physicist Leonard T. Troland.