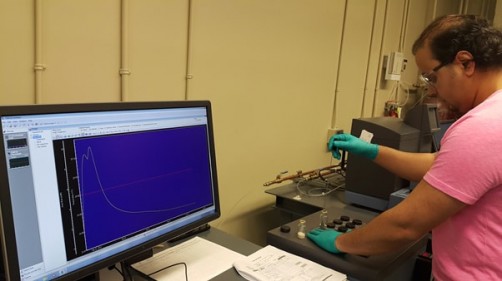 Nano-silica speeds up the reactivity of fly ash in concrete. 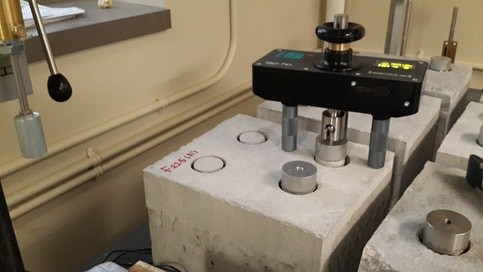 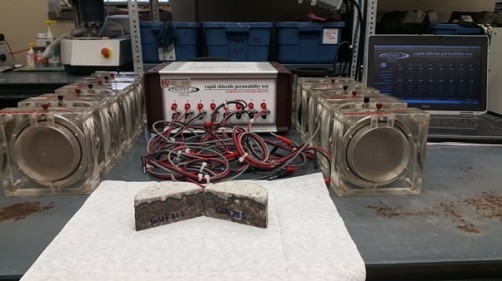 Newswise — Many transportation agencies in North America require rapid setting materials for repair of concrete pavement to accelerate opening the road to traffic. While numerous high early-strength cementitious repair materials are commercially available, many of them are susceptible to premature deterioration, resulting in significant economic and social losses.

Extensive research on the use of supplementary cementitious materials (SCMs) such as fly ash, by-product of burning coal in power plants, showed that incorporation of Class F (low calcium oxide) fly ash generally improves the long-term performance and durability of concrete. Despite the environmental and engineering benefits of fly ash concrete, practical limitations remain unresolved in field applications. The delay in setting time, strength gain and microstructural development at early-age of fly ash concrete are considered to be the major issues, which deter its wider acceptance as a repair material.

Recently, nanomaterials have been progressively applied in the field of concrete research, attracting considerable scientific interest due to the new potential uses of nanometer-sized particles in cementitious binders. Concrete with superior properties can be produced by incorporating nanoparticles with fly ash. As a result of their ultrafine nature (size scale of 1-100 billionth of a meter), nanoparticles can vigorously speed-up the kinetics of cement hydration in concrete. Hence, the delay in setting time, strength gain and microstructural development of fly ash concrete may be mitigated.

In the Department of Civil Engineering at the University of Manitoba, Canada an effort was made to develop nano-modified fly ash concrete as a repair material for concrete pavements, to achieve balanced performance in terms of hardening time, strength development, bonding with substrate concrete and durability to infiltration of fluids and salt-frost scaling. The performance of the newly developed mixtures was compared to two commercial cementitious products customarily used by the regulatory bodies in Manitoba, Canada for partial depth repair (PDR) of concrete pavements.

The results generally indicated that the synergistic effects of nano-silica and fly ash improved the early-age and long-term compressive, tensile and bond strengths of concrete, which indicate that the inherently slower rate of strength development of concrete containing Class F fly ash can be controlled by the addition of small dosages of nano-silica. The ultrafine nature of well dispersed nano-silica effectively contributed to the strength development of the mixtures up to 7 days through multiple mechanisms (e.g. high pozzolanic activity, filler effect, water absorption). Moreover, nano-silica catalyzed the reactivity of fly ash at early-age, while fly ash enhanced the long-term properties of the mixtures by its continual pozzolanic effect with time. In addition, nano-modified fly ash concrete had limited penetrability and surface scaling as well as high level of compatibility with substrate concrete, even under freezing-thawing conditions, as they behaved as an integral system.

The overall results showed that the in-house mixtures (nano-modified fly ash concrete) allow the transportation agency greater control over the properties and an ability to adjust proportions to improve performance of PDR for concrete pavements. These innovative mixtures can achieve balanced early-age and long-term performance. Hence, it presents a viable option for a suite of repair applications in concrete pavements, with an anticipated measurable impact on reducing life cycle costs. Yet, its field performance needs to be documented, which is currently underway.

The research can be found in a paper titled “Nano-Modified Fly Ash Concrete: A Repair Option for Concrete Pavements,” accepted and soon to be published by ACI Materials Journal.

Always Advancing – The American Concrete Institute is a leading authority and resource worldwide for the development and distribution of consensus-based standards and technical resources, educational programs and certifications for individuals and organizations involved in concrete design, construction and materials, who share a commitment to pursuing the best use of concrete. ACI’s inclusive, individual member-driven structure and valuable, cost-effective benefits result in an essential organization that invites partnerships and welcomes all concrete professionals who wish to be a part of a respected, connected social group that provides an opportunity for professional growth, networking and enjoyment. For additional information, visit www.concrete.org. 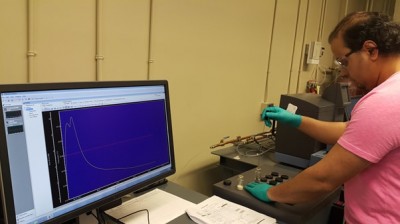 Caption: Nano-silica speeds up the reactivity of fly ash in concrete. 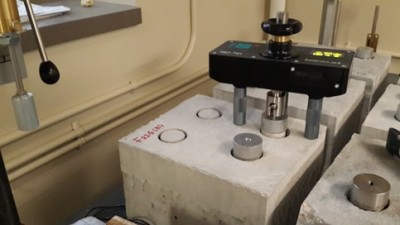 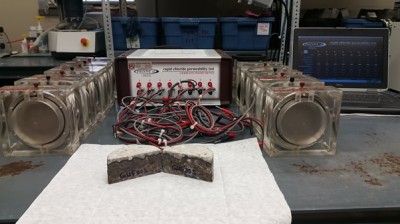