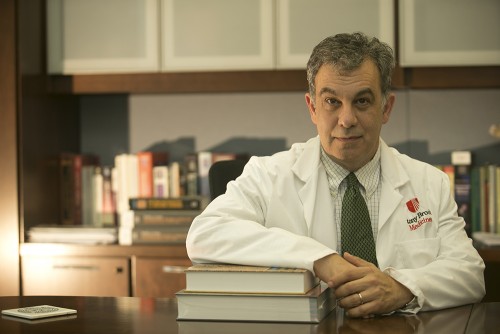 Newswise — Stony Brook University’s Joel Saltz, MD, PhD, and colleagues at Stony Brook University, Emory University and the University of Arkansas have received a five-year $8 million grant from the National Cancer Institute (NCI) to develop a testbed for using data analytics and artificial intelligence to analyze radiology and pathology images to better steer cancer treatment. The Stony Brook group will receive more than $2.5 million (or approximately one-third of the entire grant) for their research. T

This work will build on and dramatically extend the current NCI’s Cancer Imaging Archive, which is a resource for cancer researchers and clinicians but is limited because it has data primarily on radiology images.

The NCI-supported project will use data analytics to identify tumors, cell nuclei and other objects important to cancer assessment and store all of the data. Dr. Saltz and his Stony Brook colleagues are also collaborating with Pathology Chair Kenneth Shroyer, MD, PhD, to build a leading national academic program in Digital Pathology. The NCI award and work resulting from it will also help to create this Digital Pathology program and resource.