There's a new dog in town and he's bone-a-fide.

Rocky's and Ray's caretaker and owner, Joe Roselieb, director of residential and auxiliary facilities and a WIU alumnus, road-tripped to Kansas Thursday to pick up Western's newest live mascot. Col. Rock III (Rocky), who turned eight on March 3, recently "announced" his retirement. Roselieb, along with Ketra Russell, director of auxiliary finances/contracts and WIU alumna, will house and train (and chauffeur) Ray, while Rocky "supervises" the training and makes occasional guest appearances.

An official retirement celebration will be held for Rocky in Fall 2018, while a meet-and-greet "paw-ty" with Col. Rock IV will also be scheduled after the start of the new academic year (though he will probably make some appearances before his official debut).

Much like how his older cousin came to Western, the generosity of the Siess family, the WIU Foundation and a few private donors, brought the 16-week-old Ray to the the University.

Col. Rock III became a member of the Leatherneck family in May 2010 as a 10-week-old pup. Roselieb was selected as Rocky's person (and trainer and chauffeur), and for eight years, Roselieb has overseen every aspect of Rocky's care, from providing him with a loving home to teaching the "old" dog new tricks to making sure he's healthy to taking him to numerous WIU and community events each year.

"It is an honor to serve as the caretaker and trainer for Western's live mascots. Rocky was our test run to reinstate the program, and I have loved every minute of it. It is humbling that we are entrusted with the care of these very special dogs, who really are members of our family," Roselieb said. "Ketra and I couldn't be more proud to have this responsibility, and to ensure that the WIU live mascot program continues to be a success."

Col. Rock III and Col. Rock IV are AKC-certified English bulldogs that were donated to Western by Richard and Beth Siess of the Siess Ranch in Seneca, KS. Dr. Karen Blakeley of Macomb's All Pets Veterinary Clinic and the WIU School of Agriculture, along with other University and community organizations and individuals, make sure that Rock's and Ray's needs are tended to.

"It takes a village to ensure this program's success, and we have a terrific village at WIU and in our community, along with a fantastic, ethical breeder in the Siess Ranch," Roselieb said. "We're looking forward to introducing the newest member of the Leatherneck family to everyone in the very near future." 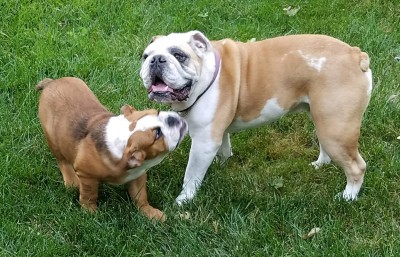 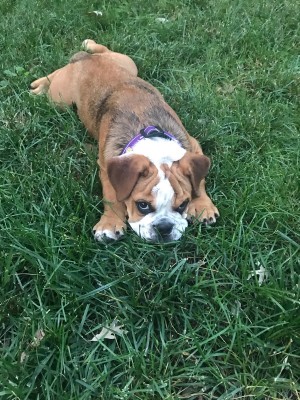 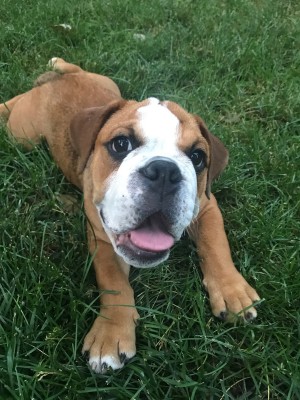