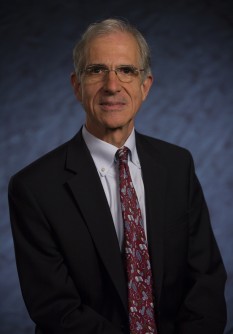 Newswise — Patients with mild to moderate Alzheimer’s disease currently have no treatment options to slow brain cell deterioration. Researchers at Houston Methodist’s Nantz National Alzheimer Center are studying an investigational drug that proposes to do just that.

Houston Methodist is the only study location in Texas to offer this randomized, double-blind, placebo-controlled study. Approximately two-thirds of study participants will receive active study drug, but neither the patient nor the study personnel will know whether patients received the active study drug or placebo until the patients' participation in the study is complete. This is a Phase II clinical trial, an early study assessing the efficacy of a drug that has been tested on relatively few research subjects.

“Previous studies in mice have shown this investigational drug may work by protecting brain cells, which would result in improved memory and cognition,” said Joseph C. Masdeu, M.D., Ph.D., principal investigator of this study at Houston Methodist and director of the NNAC. “As someone who sees the devastating impact this disease has on patients and their families, our goal is to find out if this drug is a viable option for our patients.”

Of the more than five million Americans living with Alzheimer's disease, almost two-thirds are women. American women are twice as likely to die of Alzheimer’s disease as they are from breast cancer. According to the Alzheimer’s Association, someone develops Alzheimer’s every 67 seconds. In 2013, 15.5 million caregivers provided an estimated 17.7 billion hours of unpaid care valued at more than $220 billion.

People already diagnosed with mild to moderate Alzheimer’s may be eligible for this study if they are women or men aged 55-85; they have taken donepezil (Aricept) treatment for at least six months; live in the community, not in a nursing home or assisted-living facility; and have a study partner who has regular contact with the patient (at least 10 hours per week) and can attend study visits.

This study is sponsored by Toyama Chemical Co., Ltd., and is being conducted by the Alzheimer’s Disease Cooperative Study (ADCS), the largest Alzheimer’s disease therapeutic research consortium in the United States and supported by the National Institute on Aging. Approximately 50 clinical sites nationwide will offer the study to 450 patients with mild to moderate Alzheimer’s disease. Houston Methodist expects to enroll approximately 20 patients. For study questions, call 281.222.9983.

Emmy Award-winning sports commentator, Jim Nantz, partnered with the Houston Methodist Neurological Institute to create the Nantz National Alzheimer Center. Jim and his wife, Courtney, work tirelessly to increase funding for research and generate awareness of dementia and Alzheimer’s disease, as well as the possible effects that concussions and traumatic brain injuries have on these diseases. Courtney and Jim have made a generous lifetime commitment to aggressively support research to find a cure for Alzheimer disease as a lasting tribute to Jim's father, Jim Nantz, Jr. who battled Alzheimer's for 13 years.